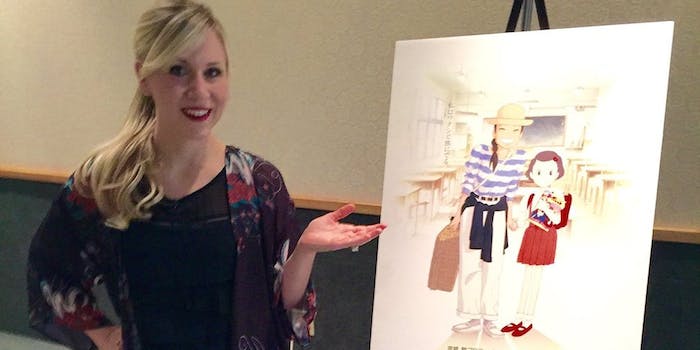 'Only Yesterday' will receive an English language version for its 25th anniversary.

The Studio Ghibli film Only Yesterday will make its way to American audiences in 2016 and the English-dubbed version is receiving a little help from two actresses who will be familiar to fans of the galaxy far, far away.

Daisy Ridley, one of the stars Star Wars: The Force Awakens, will be joined by Ashley Eckstein, the voice of Ahsoka Tano in Star Wars Rebels and Star Wars: The Clone Wars, in providing the voices of two characters in the Isao Takahata directed film. The actresses shared their excitement about being involved with the movie on social media Monday.

I'm honored to be a voice in the upcoming release of the Studio Ghibli film "Only Yesterday." http://t.co/33FglNbRPX pic.twitter.com/t23UuTiCW4

Only Yesterday follows Taeko, a single woman in her late 20s (voiced by Ridley), as she travels to the countryside to visit family and starts to wonder if she has been true to herself.

The 1991 film is scheduled to arrive in theaters in early 2016 to celebrate its 25th anniversary. The rights to distribute the film in North America were acquired by GKids which has distributed other Studio Ghibli films in the past.

Dev Patel and Alison Fernandez will join Eckstein and Ridley in voicing characters for the movie.

H/T Variety | Photo via Her Universe/Facebook