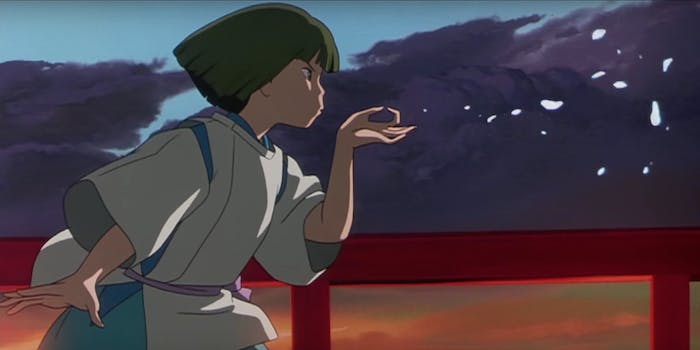 But you still pay a lot in the learning curve

The animation software Toonz, which brought Studio Ghibli anime classics like Princess Mononoke and Spirited Away to life, announced today that it’s releasing an open-source version of its software.

The software, called OpenToonz, will release a “Studio Ghibli version” of the software on March 26. The decision to release the software came after Japanese publisher DWANGO acquired Toonz.

“During the production of ‘Princess Mononoke’ in 1995, we needed a software enabling us to create a certain section of the animation digitally,” Studio Ghibli Executive Imaging Director Atsushi Okui said in a press release. He said after checking the market, the company landed on Toonz to produce the scene. “Our requirement was that in order to continue producing theatre-quality animation without additional stress, the software must have the ability to combine the hand-drawn animation with the digitally painted ones seamlessly.”

Toonz will still offer a professional version of the software at a “competitive price,” according to the press release.

But don’t expect that people will be making films with the same exquisite beauty as Studio Ghibli just yet. The software takes “considerable effort” to learn, according to Engadget. Making it open source, though, will allow more animators who may previously have been priced out of it to develop their skills and promote their work.