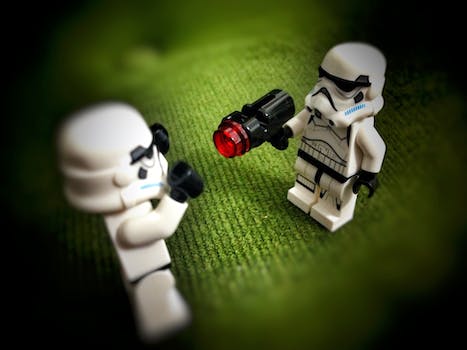 This thief definitely got ripped off.

A man who couch-surfed at the home of a Star Wars fan allegedly broke in and stole a precious memorabilia collection valued at $30,000, then used it to pay off his paltry $2,500 debt, according to local police in Hazel Dell, Washington.

Benjamin Milam, 24, appeared in court Monday on charges of burglary, theft, and trafficking stolen property. Milam was identified as the thief by the store owner he sold pieces of the collection to, according to court documents. Milam had given the store a copy of his driver’s license when he came to sell the merchandise.

Police allege he broke into the home of a Star Wars fan named Richard Bates sometime before Oct, 23, while Bates was out of town. Milam stated he used a credit card to break through the two locked doors Bates had in place to protect the collection. He then made several trips to sell the items to the store owner until he’d accumulated enough to pay off a $2,500 debt.

Police located the stolen goods the next day at a collectibles store on the same street as Bates’s house, and called Milam to question him after getting his name from the owner.

An affidavit stated Milam told police he “screwed up”—though we’re not sure if he meant giving his photo and real name to the store, or letting the owner rip him off to the tune of $28,000.

Milam’s bail was set at $10,000. Hopefully he’s got another friend with a valuable memorabilia collection who’s feeling generous.