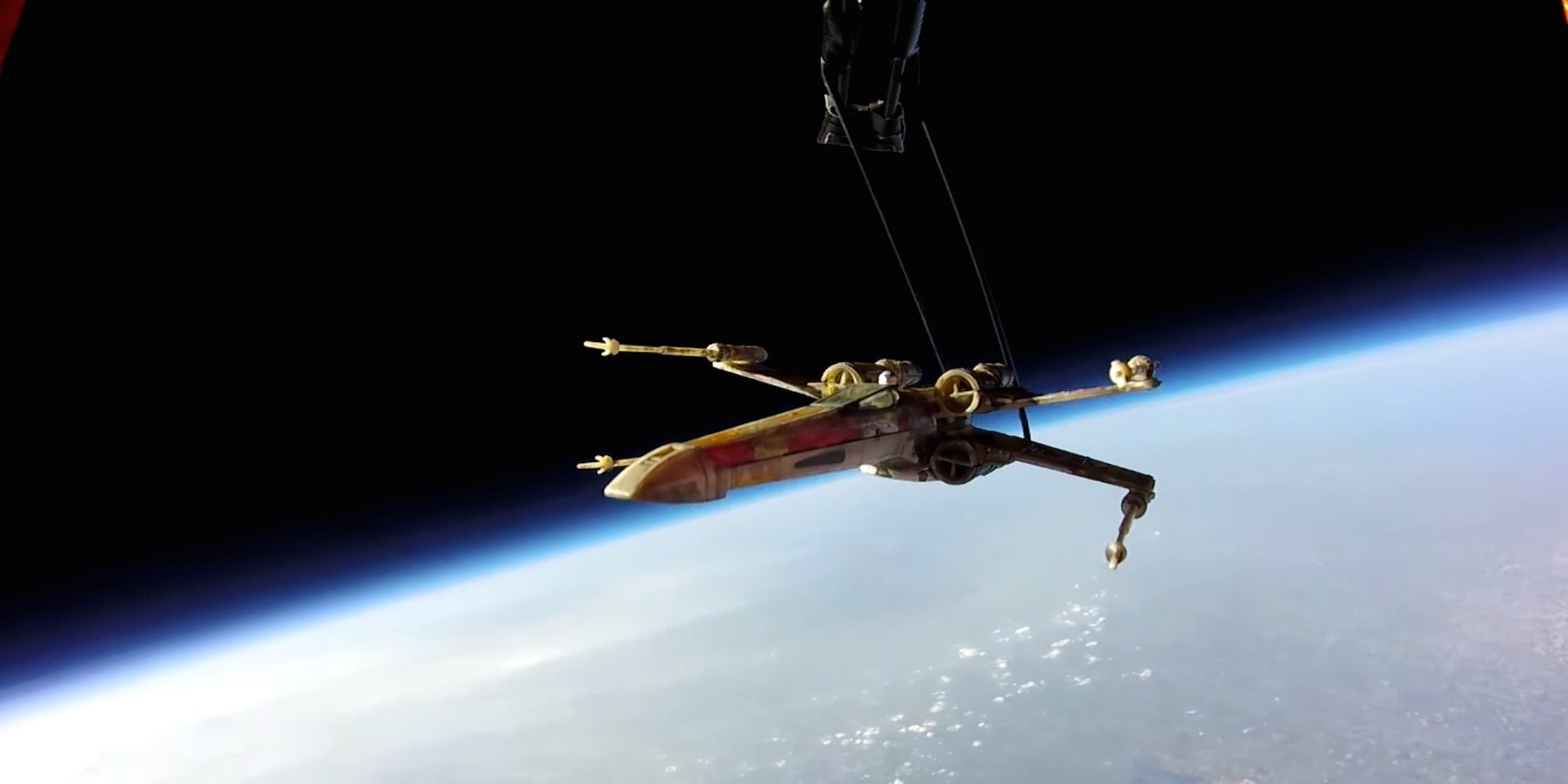 It's not in space, but it's close enough.

Two Star Wars fans are catering to J.J. Abrams’ love of practical effects and lens flare in an attempt to snag some tickets to the premiere of The Force Awakens.

To celebrate the presence of X-wings in the newest Star Wars film, Matt Kingsnorth and Phil St. Pier, two amateur astronomers from Essex, England, made a video of one of the iconic Star Wars ships flying above the Earth’s surface. But they didn’t do it with a green screen or other special effects. Instead, they launched a weather balloon with a model X-wing into the Earth’s stratosphere—and while it’s not technically in space, it’s still an impressive feat.

Kingsnorth and St. Pier are part of Project Helium Tears, which uses the weather balloons to photograph the Earth from high altitudes with a GoPro camera. The duo spent around £1,200 ($1,820) of their own money to send the model approximately 22.3 miles into the sky.

Kingsnorth and St. Pier knew that flat-out asking Abrams for VIP premiere tickets would get them nowhere, so they decided to impress him first.

“Ordinarily the answer would be no,” the duo wrote in the scrolling text style famous from Star Wars. “So we thought we’d try something extraordinary. We know you like practical effects and shooting in real locations. And we really love that there are X-Wings in the new film so…”

The video, paired with John Williams‘ iconic Star Wars score, both sets the mood and gives us chills. Earth as we know it might not be in that galaxy far, far away, but it’s as close as we’re going to get.