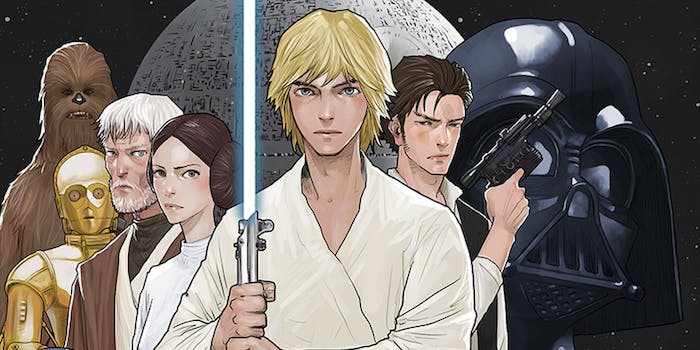 You can relive 'Star Wars' through Luke's eyes in this new webcomic.

Star Wars fans in the United States looking for more stories to enjoy in the coming months before The Force Awakens now have a new tale they can read for free online. On Thursday an English translation of a Korean webcomic made its debut on LINE Webtoon, a free digital comics service, bringing the story to U.S. audiences for the first time.

The Star Wars series covers the events of the original trilogy and is told from the perspective of Luke Skywalker. The comic begins by showing a young Luke living on Tatooine before moving on to events fans will recognize from A New Hope. According to the comic’s author Hong Jacga, the comic came about when Disney Korea reached out to him through his publisher Daum. They had a plan for a Star Wars-related comic and after a year, they held an official meeting before the comic went into production. 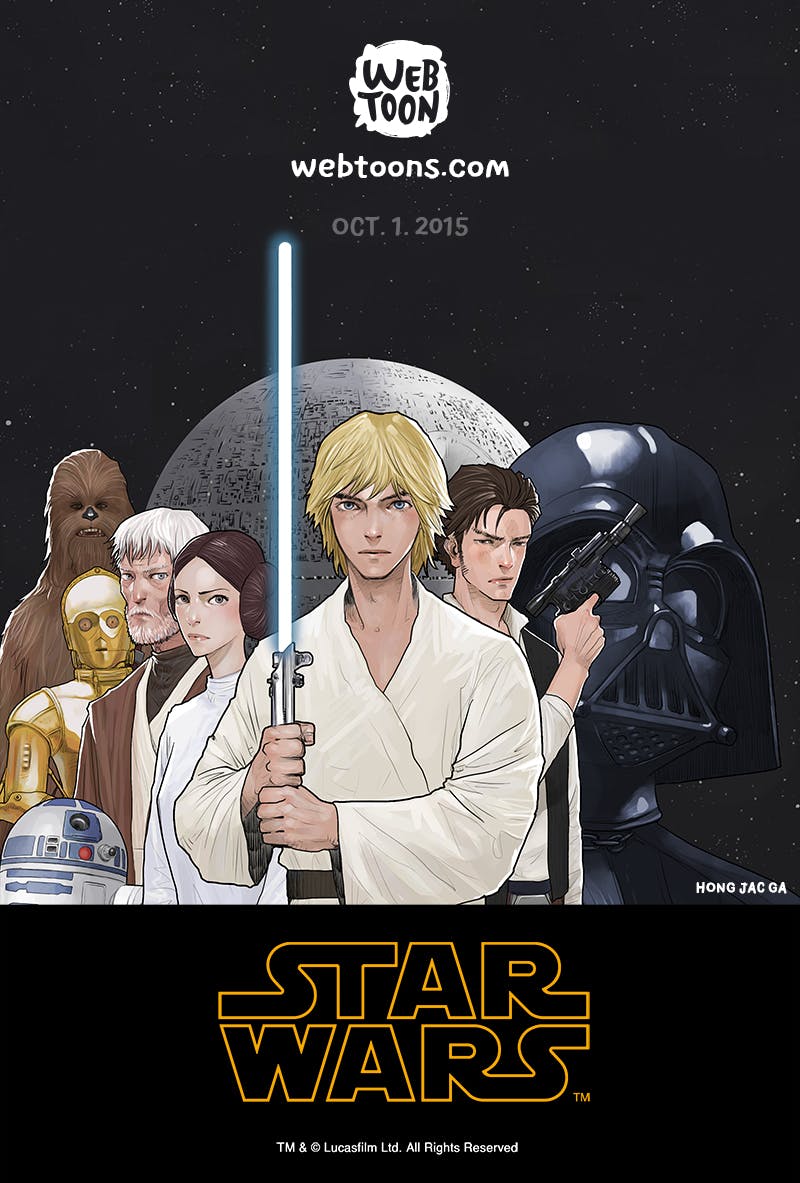 With the opportunity to explore the story through Luke’s eyes, Hong Jacga told the Daily Dot in an email interview that there were no specific restrictions on what he could explore with the character and that he discussed the storyline with a Lucasfilm Story Group editor as it progressed.

“As I was discussing the materials with the story group editor at Lucasfilm Story Group, I was fascinated to find out there were more stories on Luke’s earlier years that weren’t described in the film. I tried to illustrate some parts of the story. Life of Luke Skywalker, as recommended by Lucasfilm, was one of the books that had influenced this webtoon which I also enjoyed as a Star Wars fan,” he said. 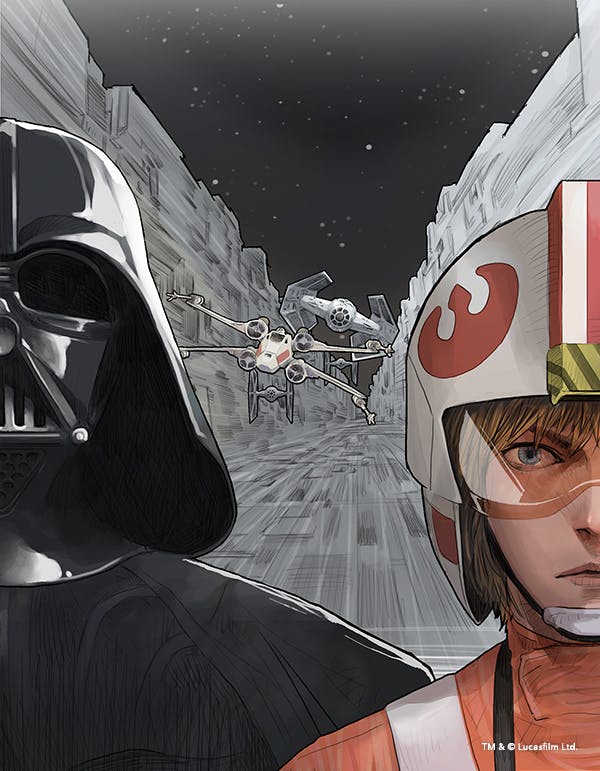 The comic will show fans not only events they will remember from the trilogy from Luke’s point of view, but new scenes as well. Other moments from the trilogy will just be left out because Luke doesn’t witness them. This presented a difficult challenge to Hong Jacga as he had to figure out what events to discuss and what events to omit. The new material however will offer readers a look at Luke they haven’t seen often before.

“Since the webtoon focuses on Luke’s point of view, I wanted to emphasize the parts that were glanced over such as Luke’s torment, emotions, fear, and more as he was going through during his training with Yoda. I wanted to illustrate Luke’s growth as a Jedi and his psychology more in detail to make it more relatable both visually and psychologically without having to drift away too much from the movie,” he said. “Also it’s just an idea at this point, but I wanted to illustrate the fight between Luke and Darth Vader from a different angle. Of course, this needed to be discussed with Lucasfilm Story Group in terms of how it was illustrated and told.” 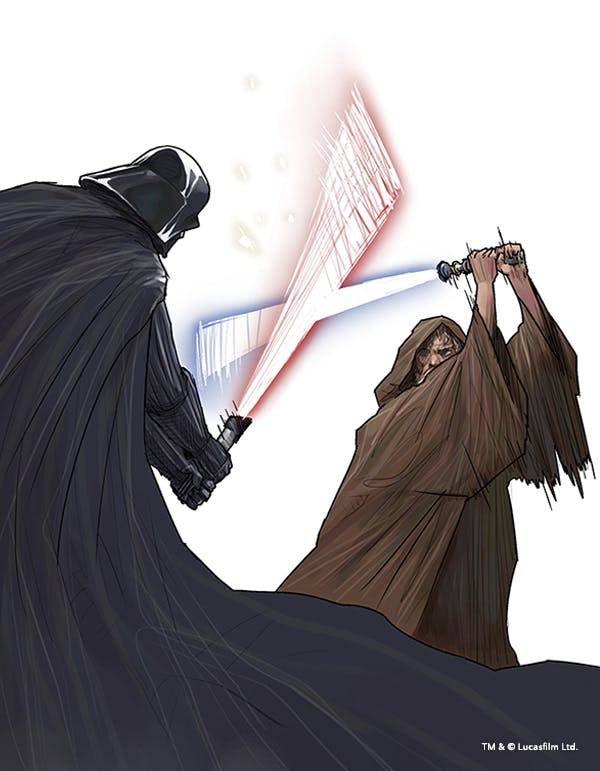 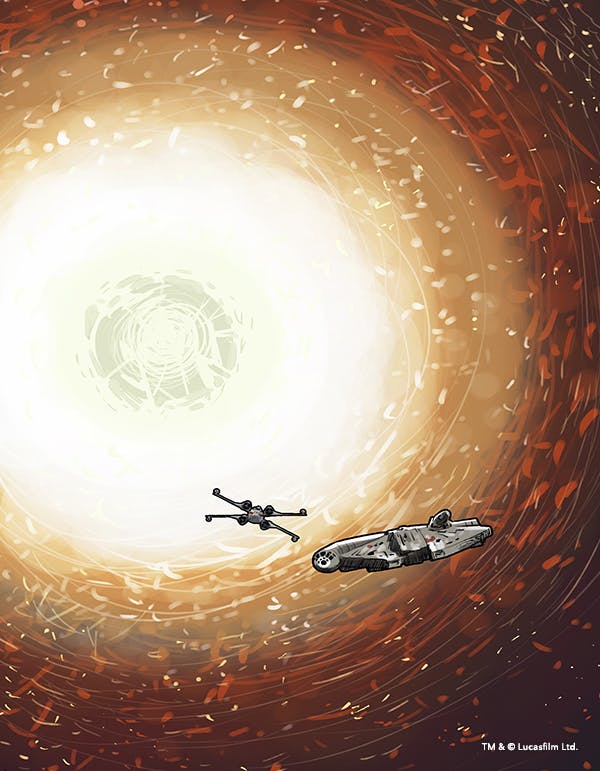 The comic will consist of 40 chapters and chapters will be posted on LINE Webtoon every Thursday and Sunday. Three translated chapters are available online. The first two focus on what it was like for Luke growing up before the end of the second turns to familiar film events. The scroll-down format makes the comic a quick and easy read. It will certainly give fans something fun to look for each week as they eagerly await the new trilogy to start in December. Hong Jacga said he wants “to see various forms of adaptations of Star Wars in brand new formats.”

“I would also like to see more collaboration from Lucasfilm on top of this comic. In the future I hope to see titles that will be serviced to all readers in both Korea and U.S. simultaneously,” he said.

You can start reading the comic on LINE Webtoon’s website.