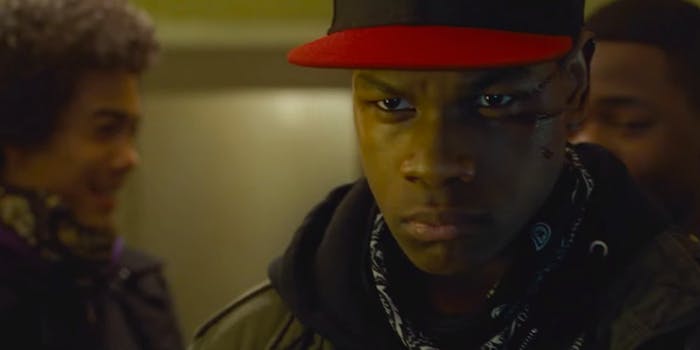 The new ‘Star Wars’ cast: Everything you need to know

They all started somewhere.

Before they were all announced as the new cast of Star Wars: Episode VII, they all started somewhere.

We’ve got a long wait until we can finally see the new Star Wars cast in theaters, but now we have the biggest piece of information listed yet. We’re all familiar with returning stars Mark Hamill, Carrie Fisher, and Harrison Ford—and even if you haven’t seen them in the flesh, Chewbacca and R2-D2 are returning as well.

Even better? Many of them have active Twitter accounts, where we’re sure to see photos to geek out over.

But the new group is a mixed bunch.

MORE:
Where are the women in the new Star Wars cast?


Most of them were too young to even be in the original Star Wars trilogy, and some of them we’ve seen in some of today’s most popular TV shows and films while others are fairly unknown actors. We to wait until next December to watch Episode VII, so why not spend that time getting to know your new cast?

Boyega’s name was listed first on the new cast, and it’s likely that he will play Thomas, one of the two characters listed on the Star Wars open casting call.

His biggest role to date was starring in the 2011 action comedy Attack the Block, which will be useful if the new has a similar humorous tone to the original trilogy. He’s also got a number of smaller TV appearances to his name. He’ll soon be seen in the rebooted 24: Live Another Day.

He’s on Twitter, so keep an eye out for any behind the scenes photos or even cast selfies, if there isn’t already a strict embargo on tweeting.

Honoured to join this amazing universe and thank you for all the support ….May the force be with you #SWVII pic.twitter.com/XGs60LXPTg

She’s the only woman in Episode VII so far apart from Fisher, and she’s got the shortest résumé of the main cast; before Episode VII, she was virtually unknown. Also, as the only woman, she’s likely to play Rachel, according to the call sheet. Ridley’s only been in a handful of TV shows to date, but watch Blue Season, the short film she acted in as part of the SCI-FI-LONDON 48 Hour Film Challenge.

Driver was already confirmed to play the main villain months ago, and you may best know him as Adam Sackler, Hannah’s boyfriend on Girls. But if you haven’t warmed up to the show, he’s also been in some of the biggest critically-acclaimed films of the past two years with supporting roles in Lincoln, Inside Llewyn Davis, and Frances Ha.

His breakout role was in last year’s Inside Llewyn Davis (alongside Driver) with smaller roles in the past decade including 2010’s Robin Hood and Drive, but with four films in post-production, he’s going to have a busy couple of years.

If you’ve seen Lord of the Rings, The Hobbit, King Kong, or Rise of the Planet of the Apes has watched a Serkis performance, even if you never saw his face. His most famous roles involve him acting with a mix of motion capture technology, traditional animation, and CGI technology. With his experience, it’s entirely possible his Star Wars role may encompass something similar.

But in case he’s going to portray a character that isn’t created with CGI, here’s a look at a human Serkis acting. He’s also a recent Twitter adopter.

The son of famed actor Brendan Gleeson, Domhnall has been making his own waves in film. He played alongside his father in Deathly Hallows as Bill Weasley, but he also had roles in True Grit, Anna Karenina, and Dredd before becoming a leading man in the romantic comedy About Time with Rachel McAdams and Bill Nighy.

Sydow has the most expansive resume of the new cast with with an acting career spanning 65 years in both his native Sweden and abroad. He’s been nominated twice for an Academy Award and has been in everything from The Exorcist and The Greatest Story Ever Told to Minority Report and The Tudors. He’s even lent his voice for The Elder Scrolls V: Skyrim, and there’s no sign of stopping him.