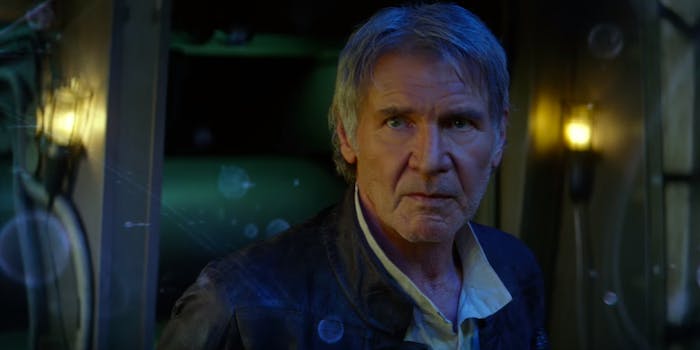 Here’s a ‘Star Wars: The Force Awakens’ supertrailer with all the footage we have

Did you like that one clip? It's here. And that other one? Yep, that's in here too.

We’ve got two more months to obsess over Star Wars: The Force Awakens, with the hype heightened significantly after the release of the final trailer and record-breaking ticket sales. But now it’s even easier than ever to enjoy all of the teaser footage in one place.

ScreenSlam’s Shawn Cauthen collected every piece of The Force Awakens footage we’ve seen and edited it together to make one giant trailer. (It still lasts less than four minutes.)

Because the two teasers only showed us tiny snippets of footage, Cauthen’s “supercut,” if it can be called that, is almost like watching the final trailer again with an occasional change in music and tone.

We think BB-8 would probably approve.

If you liked the music from the new trailer, someone removed the dialog from the clip and left only the music, proving that you don’t need to hear any words to be excited about this movie.