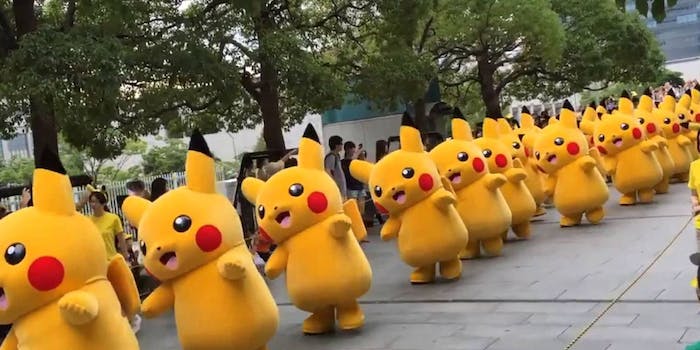 Time to move to Canada.

Star Wars fans will be overjoyed to hear that The Force Awakens is coming to Netflix next year. You’ll be able to rewatch the adventures of BB-8, Rey, and Finn until every frame of the movie has been engraved into your retinas, just as Disney intended.

The only downside is that you’ll have to move to Canada to do it.

Netflix offers different streaming options for each country, and due to a series of distribution deals between Disney and various view-on-demand services, Netflix only secured the rights to stream The Force Awakens in Canada. In the U.S., the paid streaming rights went to the cable channel Starz, which will begin airing the movie around eight months after its original release.

Disney launched its own streaming service last year, and while it doesn’t include the Star Wars franchise yet, it probably will in the future. This makes the rights for The Force Awakens even more valuable in the short term, because there’s a good chance Disney will want to reclaim the movie sometime in the next few years.

In the meantime, we’re guessing a lot of Star Wars fans will be Googling how to trick their Netflix account into thinking it’s in Canada.