The first box in November will have a 'Force Awakens' theme.

You can now get a delivery of items inspired by the galaxy far, far away mailed directly to you every other month thanks to a newly announced subscription box.

Funko revealed the official Star Wars box titled Smuggler’s Bounty Thursday on StarWars.com, offering a peek at its first box delivery, inspired by The Force Awakens, that will ship in November.

One box costs $25 and will include Funko Star Wars items inspired by a specific part of the franchise’s universe. For the November box, Funko is teasing the inclusion of two exclusive Force Awakens Pop! Vinyl figures. According to the Smuggler’s Bounty website, the contents of the boxes will have a $50 value and include apparel, accessories, and more items 100 percent exclusive to the box. Shirt sizes go up to 3XL. 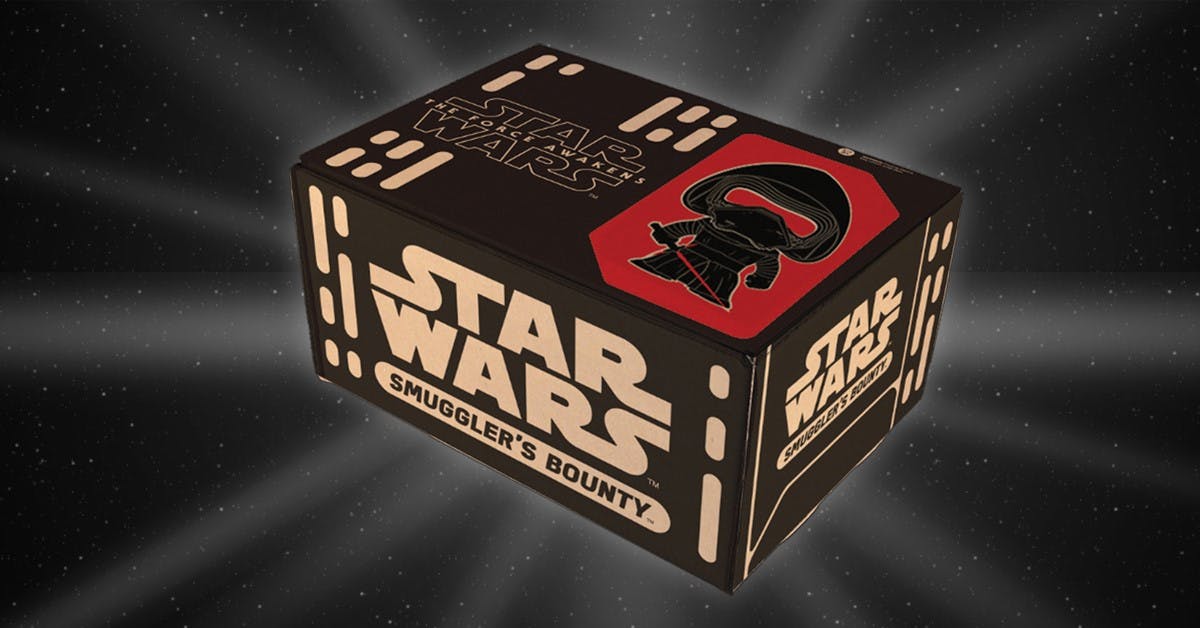 Anyone interested in signing up can choose from two current membership options. One is a Pirate membership monthly plan and the other a Boss membership yearly plan for $150 that will send you all six boxes and a free gift.

It’s exciting that an official Star Wars subscription box is finally happening, but we’ll have to wait and see what the boxes hold to know if it’s really worth the price. Until then though, we have a good feeling about this!