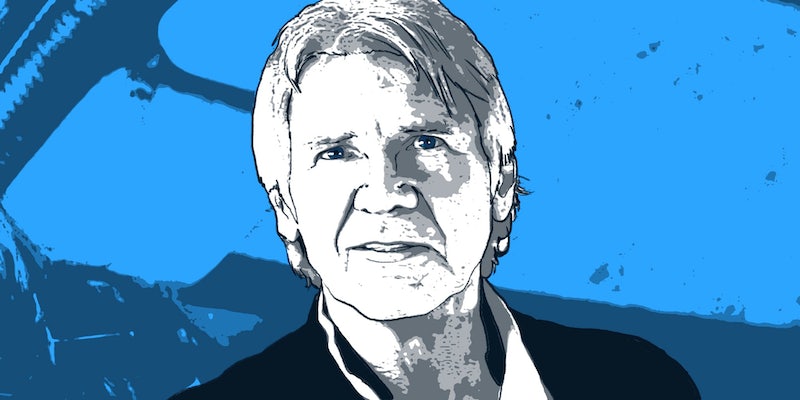 The Internet is loving this ‘Star Wars’ family portrait

They look so normal.

In a galaxy far, far away, Han Solo, Princess Leia, and Kylo Ren were a happy family that got along well enough to get together for a family portrait. Or at least that’s what the powers of the Internet have bestowed upon us.

Star Wars fans across Tumblr, Twitter, Reddit, and various other social networks have been freaking out over this photo showing the characters posing for a portrait, like any other household:

The original photo looks to be one of just Carrie Fisher and Harrison Ford from the ’70s, but it’s unclear where exactly the picture’s from. Someone posted it to Imgur on Wednesday, before Adam Driver was edited in.

Daniel Logan, who played Boba Fett in 2002’s Star Wars: Attack of the Clones, tweeted out the complete family portrait Friday afternoon. And it didn’t take long for fans to have some fun with the image.

Peter Mayhew, aka Chewbacca, wanted to clear up why his hairy character wasn’t in the portrait. He had a pretty good reason.

People keep asking where I am in this photo. I keep explaining someone had to take the picture. pic.twitter.com/4wJEzBkJjN

And oof, this remix is timely, hilarious, and starkly real.

We’re a little bummed that the family pet was left out of the picture.