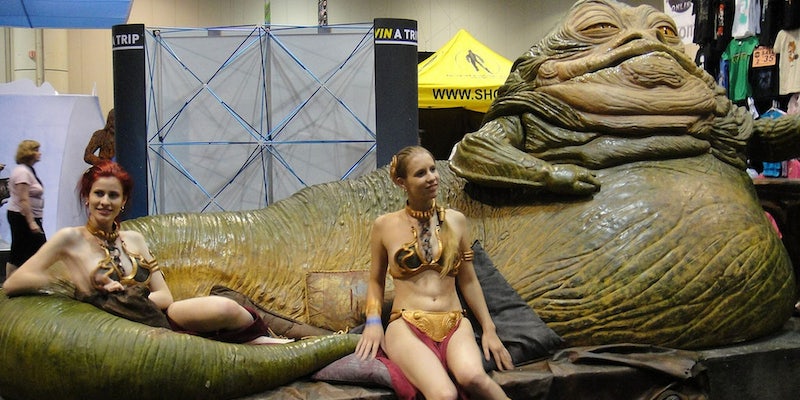 Just in time for Halloween.

One of the most iconic costumes in sci-fi history just sold at auction for a whopping $96,000.

Princess Leia‘s slave bikini from Star Wars: Return of the Jedi was sold during an online auction this weekend, bought by an anonymous collector.

The Profiles in History auction began on Oct. 1, and included several other items of classic Star Wars memorabilia, including a prototype Darth Vader helmet and a tooth from the Sarlacc Pit.

The outfit, which consists of a metallic bikini, collar, and chain, has long been a staple of fan conventions and cosplay projects, becoming the archetypal geek culture pin-up costume. Now some lucky Star Wars fan has their hands on the original, just in time for Halloween.

Surprisingly, Leia’s bikini was not the most sought-after item on sale. A miniature version of Leia’s Blockade Runner spaceship, which appeared in A New Hope, sold for $450,000, making it one of the most expensive items of Star Wars memorabilia in the world. By comparison, Luke Skywalker’s first lightsaber sold for a mere $240,000 in 2008. There’s no accounting for taste.

H/T Comicbook.com | Photo via The Conmunity/Flickr (CC BY 2.0)