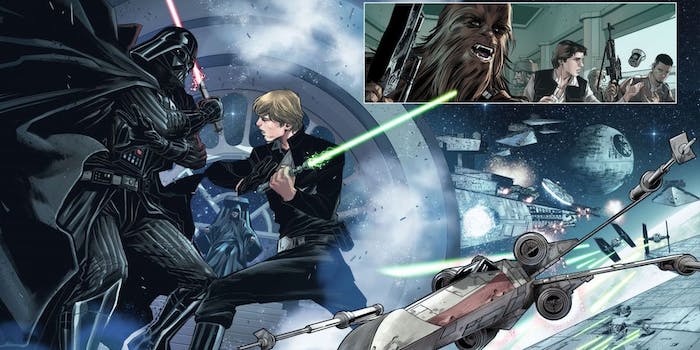 Here's a preview of what we can expect from 'Shattered Empire.'

New previews of Marvel’s upcoming Star Wars: Shattered Empire comic are giving us a peek at the coming adventures.

The four-issue Shattered Empire comic book series will follow events right after Return of the Jedi’s Battle of Endor. It looks like not much time will have passed between what we witnessed in the movie and what we’ll find in its first pages.

As part of the Journey to Star Wars: The Force Awakens publishing program, the comic will help fill the gap between the films, left open when the Expanded Universe was declared no longer canon in Lucasfilm’s transition to Disney. The series written by Greg Rucka and illustrated by Marco Chechetto will focus on two new Rebels, a married couple Kes and Shara Bey. 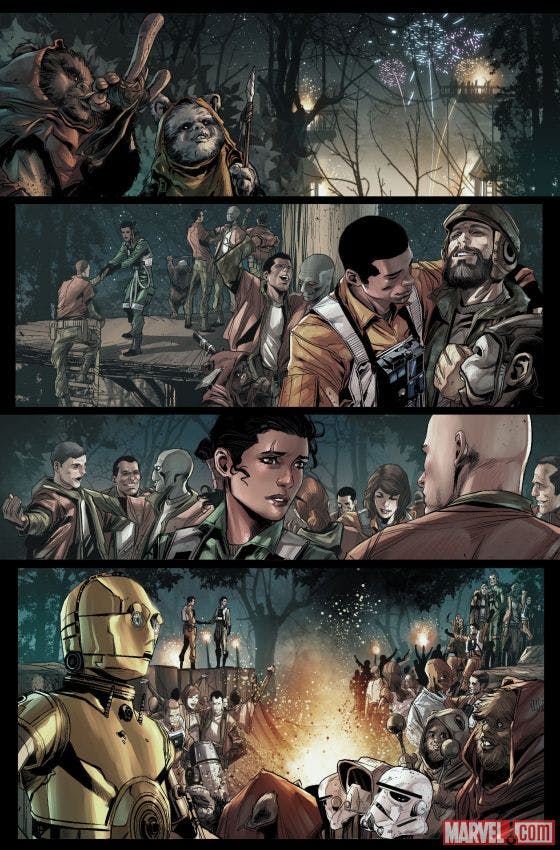 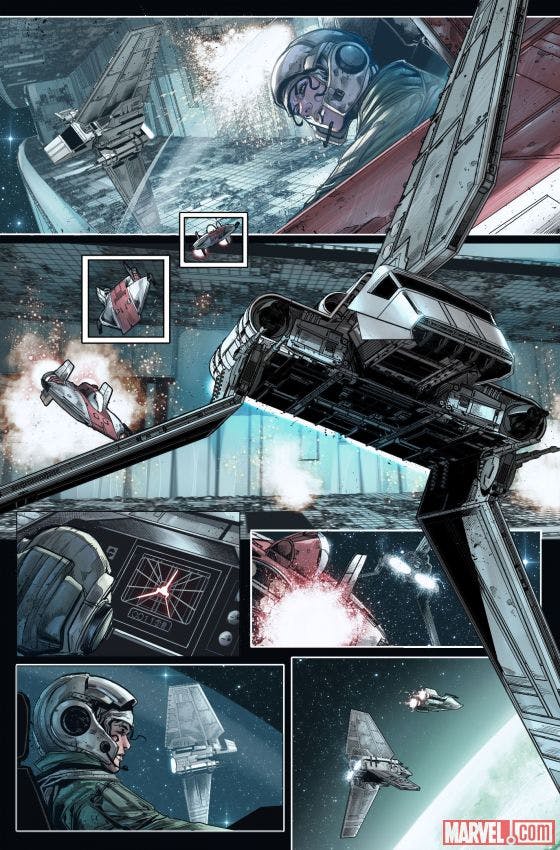 “Shara flies, Kes is a ground-pounder, and a very experienced one. So, they have spent more time apart than together, and they’re in the Outer Rim world where the Imperial presence is felt, and they’re hoping that they can bring an end to this. But they’re both very tired veterans, and they come out of [the Battle of] Endor with the elation that we see in [Return of the Jedi]. ‘We’ve won. It’s over.’ — only to discover that, no it’s not. The Empire was huge,” Rucka said in an interview with StarWars.com.

Shara, an A-Wing pilot, will be the main character in the story. In his interview Rucka explained that readers will meet her during the battle and then see what happens coming out of it as well as three to six months following it in the series. While the story is about Shara, we’ll still also see what classic characters like Luke, Leia, Han, and Chewbacca are up to. 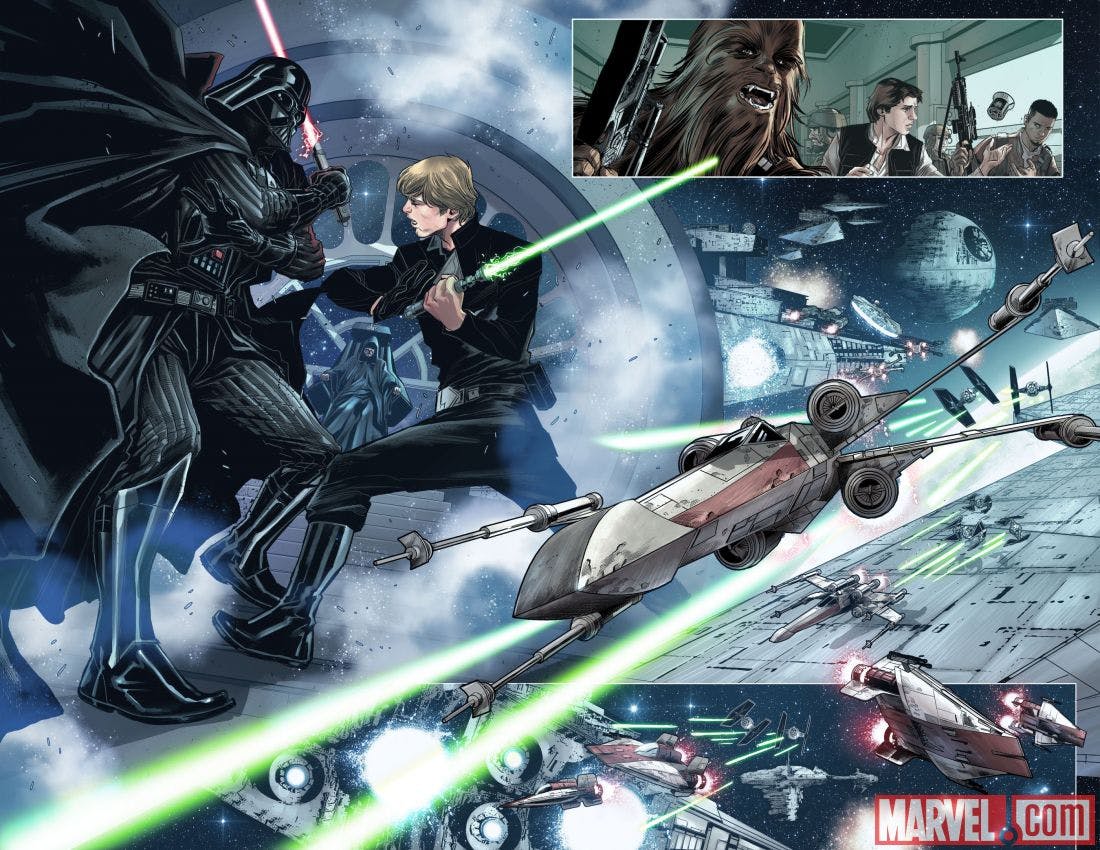 It’s exciting to see moments from Return of the Jedi like the celebration on Endor depicted in this beautiful art and even more exciting to hear that the story will focus on a female pilot. Hopefully this will only be the beginning of many women in the Star Wars universe we’ll get to meet as part of the new canon.

Shattered Empire will be released Sept. 2. You can read Rucka’s full interview on the Star Wars blog.