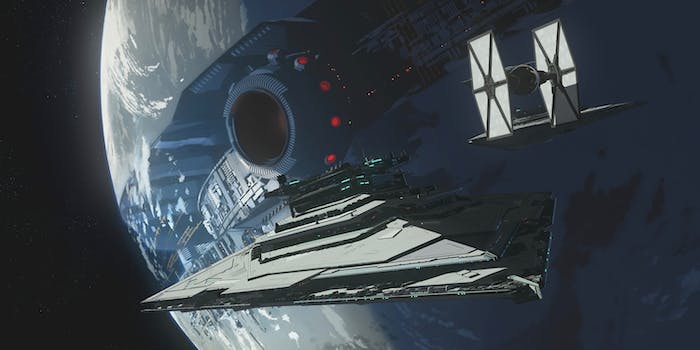 The show is about to make a collision course with a major 'Force Awakens' event.

Lucasfilm announced Wednesday that the Disney Channel has picked up Star Wars Resistance for a second season, guaranteeing that the Resistance will live on to fight another day.

The show, which is Lucasfilm’s latest animated series set in the Star Wars universe, takes place shortly before the events of The Force Awakens and centers around a New Republic pilot named Kazuda Xiono (Christopher Sean) who joins the Resistance and is tasked with spying on the First Order.

Most of the characters introduced in Resistance are brand new, but fans will also catch a few familiar voices and ties to the sequel trilogy, including Oscar Isaac and Gwendoline Christie reprising their roles as Poe Dameron and Captain Phasma, respectively, and nods to Kylo Ren and Starkiller Base.

Resistance’s connections to the larger Star Wars universe are strengthening. Along with the season pickup, Lucasfilm dropped the trailer previewing the final three episodes of the season. Poe and Leia Organa both make appearances as Kaz and company deal with the First Order, and one scene specifically sets at least part of Resistance within the timeframe of The Force Awakens. We’d recognize that snide voice anywhere.

The second season is set to return in fall 2019. We’ll be curious to see how far into the Star Wars timeline Resistance will push, given how little time passes between The Force Awakens and The Last Jedi, along with the eventual debut of Episode IX in theaters. For now, we’ll have to wait and see who will even make it to that point.