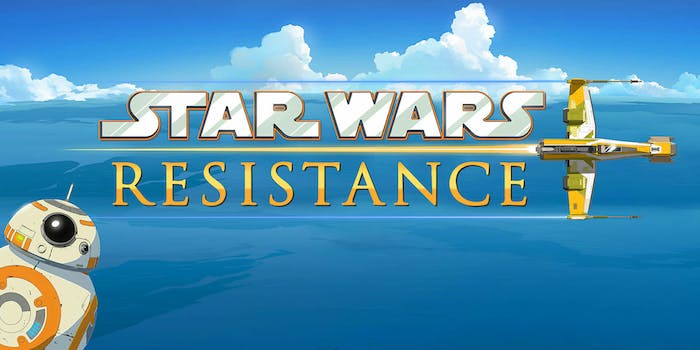 This anime-inspired series is all about Resistance fighter pilots.

Star Wars Resistance follows a young pilot named Kauda Xiono, tasked with a top-secret mission to spy on the First Order. Oscar Isaac and Gwendoline Christie will voice Poe Dameron and Phasma in guest appearances, alongside other fan-favorite characters, including BB-8.

Dave Filoni says the show was inspired by his interest in World War II aircraft and fighter pilots. “My grandfather was a pilot and my uncle flew and restored planes, so that’s been a big influence on me,” he explained. “There’s a long history of high-speed racing in Star Wars, and I think we’ve captured that sense of excitement in an anime-inspired style.”

Amy Beth Christenson, a senior concept designer at Lucasfilm, will shape the show’s aesthetic. She previously worked as a concept artist for Star Wars video games including the Force Unleashed series.

Star Wars Resistance will premiere on the Disney Channel in the U.S. this fall, then on Disney XD. It marks a new era for Star Wars animation, with live-action TV spinoffs still in the early development stages at Disney.