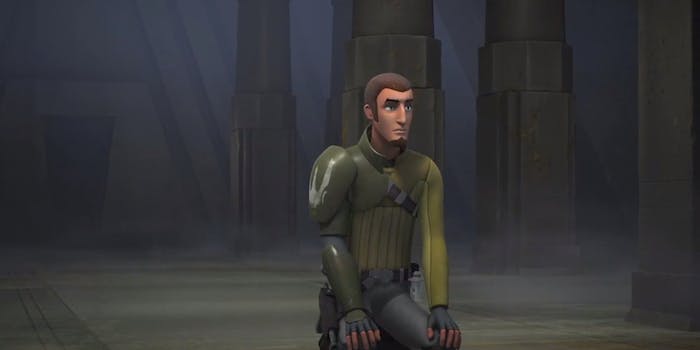 If feels so good to hear Frank Oz again.

Disney XD’s Star Wars Rebels returns from mid-season break on Jan. 5 with the disembodied voice of a certain beloved green Jedi master making a cameo. The return of Frank Oz as Yoda to the Star Wars universe was exciting news, but now we have our first look at how Yoda will debut on the animated series—and even more excited will you be, after watching it.

IGN revealed an exclusive clip Monday from the upcoming episode “Path of the Jedi.” The video shows rebel Jedi Kanan being contacted by Yoda for the first time. As we’d expect Kanan is shocked to hear from the Jedi master, though it seems like Yoda reaches out just in time to dispense some much-needed wisdom. How much more of a role the Yoda will play in the episode remains to be seen, but for now we can at least enjoy his surprising return in the below clip!