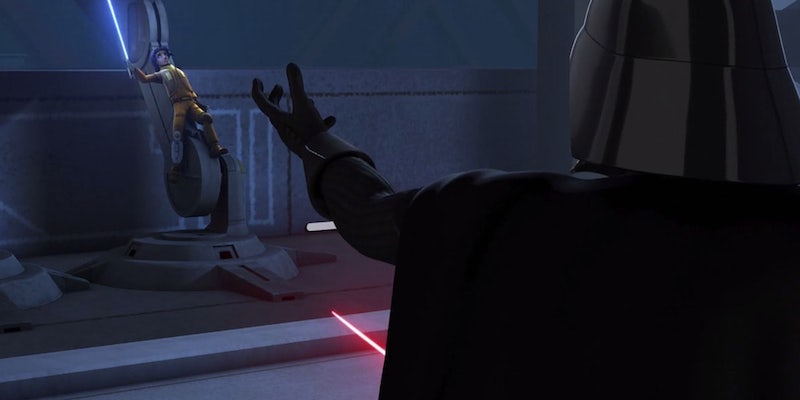 Here’s a look at season 2 of ‘Star Wars Rebels’

Star Wars Celebration has brought a wealth of gifts for fans of the saga. On Saturday, Lucasfilm released the latest trailer for season 2 of Star Wars Rebels during a panel with executive producers and the cast. Familiar old friends and foes make appearances, and a small clip of a momentous duel between the iconic Darth Vader and lightsiders Kanan and Ezra wowed the audience.

Just debuted at Star Wars Celebration Anaheim: Get your first look at the upcoming season of #StarWarsRebels:https://t.co/s4YShBAs6c

The big question was if fan favorite Ahsoka Tano would be appearing in the series (the answer is yes, by the way). Building on the success of the first season and showcasing an even greater struggle within the birth of the Rebel Alliance, executive producer Dave Filoni and crew face mounting pressures to ensure the show remains engaging across all demographics. Maintaining the ethos of the original films and having them resonate tonally and visually to a new audience is the highest priority for the showrunners.

During a press conference following the trailer, it was revealed that James Earl Jones would continue voicing Darth Vader in season 2. Additional character background will be revealed throughout the season, including information on Ezra’s parents. According to Simon Kinberg, executive producer for Rebels, the second season will feature new challenges for the familial unit.