6 reasons why ‘The Phantom Menace’ is better than you think

Episode I may have problems, but don’t let those distract you from its good parts.

Sixteen years ago The Phantom Menace found itself in a similar situation, leading the way for the prequel trilogy as it brought Star Wars back to the big screen. Of course most fans hope the new film will be very different experience.

The Phantom Menace evokes a strong reaction from fans, and there’s no shortage of people who hate it. But while the movie certainly has its problems, damning the entire thing as a dreadful addition to the franchise just ignores the many good parts of the film. It might be hard to look past its issues, but if you do you’ll catch some great moments in the Star Wars saga.

So we’re going to go out on a limb here in defense of The Phantom Menace. Here are six redeeming qualities that make the film worthwhile. 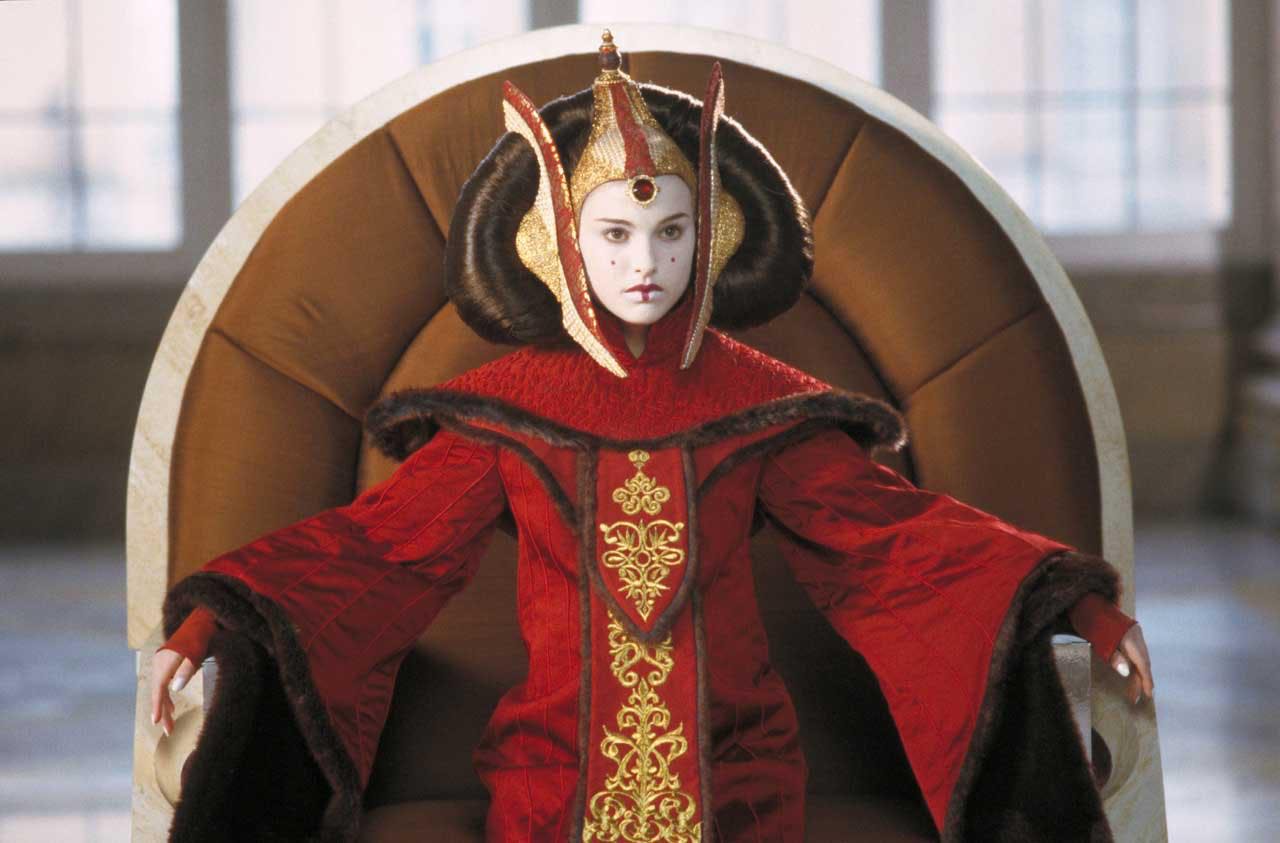 Forget about Jar Jar Binks for a moment and look at some of the other characters introduced in the film. Padmé Amidala in particular shines in The Phantom Menace. It’s the only movie where her story isn’t bogged down with terrible romantic dialogue and her existence doesn’t depend on how she—for some reason—loves Anakin Skywalker. In Episode I we see her as a strong, capable leader of her people. She may be young, but she is not intimidated by those around her, whether it’s the Trade Federation, the Jedi, or the Senate. Amidala is willing to do whatever it takes for her people, even at the risk of her own life. While war is a last resort for her, she’s not afraid to fight when necessary and basically comes up with the winning strategy to defeat the occupying force in the Battle of Naboo.

She also has some brilliant exchanges with Palpatine, played by the stellar Ian McDiarmid, who finally gets to step out from behind the gnarly makeup of the Emperor. McDiarmid does a brilliant job of playing both Senator Palpatine and Darth Sidious. As Palpatine he manages to pull off the outward helpful senator while giving you chills as his evil undertones come through in lines like “I will be Chancellor” and “We will be watching your career with great interest.”

Characters that only appeared in this film alone were also great additions, like Qui-Gon Jinn and Darth Maul. Jinn wasn’t another version of the original trilogy’s Obi-Wan Kenobi in a mentor role. He was a different type of Jedi, willing to go against his fellow Jedi and follow his instincts. Through him we see the role of a true Jedi Master in the time of the Republic and what a young Obi-Wan, played well by Ewan McGregor, was like as they clash about their beliefs.

Even Darth Maul manages to make an impression as a great villain, helped by his few lines of dialogue and double-bladed lightsaber. He made such an impact he was brought back in the animated series The Clone Wars.

Even with its faults, The Phantom Menace gave us some fantastic new characters in the franchise.

While starting a movie with discussions of trade and taxation might not be riveting, it was, as Obi-Wan Kenobi once said to Luke Skywalker, our “first step into a larger world.” We saw multiple planets in the original trilogy, but the story focused so much on our band of Rebels heroes fighting the Empire that there was not much of a sense of the rest of the galaxy. The Phantom Menace changed that. In this film we’re shown how the Republic functioned and the disputes that existed between different worlds and organizations. By introducing us to the Galactic Senate only mentioned in previous films, we see just how many systems and groups were a part of it, and, thanks to Palpatine, how the political system can be manipulated.

We also saw new worlds like Naboo and Coruscant in their prime, beautifully created even if there’s a bit too much CGI overall in the prequels. Returning to a familiar world like Tatooine offered a new perspective by showing what the people thought of the Republic. It made the Star Wars universe seem so much bigger, and it wonderfully expanded on the world that we had previously come to know.

The Phantom Menace is where we finally get to learn more about the Jedi, thanks to the introduction of the council. Through their interactions with Qui-Gon and Obi-Wan, we see how they oversaw the Jedi Order, how they worked within the Republic, and how a code established precedents like the number of padawans a master could have. The diversity of the council gives us a better idea of how anyone in the galaxy could be a Jedi and offers a sense of the sheer size of the order. The introduction of Jedi Masters like Mace Windu and Ki-Adi-Mundi, though brief, also offered an interesting sense of why they and not someone like Qui-Gon might be on the council.

It’s also great to see Yoda in his role as a respected Jedi Master, showing us how central he was to the order before ending up on Dagobah. We learn how the Jedi could have been unaware of the danger to the Republic. And, we see how hard it is for them to believe in the return of the Sith without their knowledge—even the most skilled Jedi can have trouble seeing the dark side. Plus their first interactions with Anakin are fascinating, giving us another classic Yoda line as he explains how fear leads to the dark side.

When the first notes of “Duel of the Fates” begin to play, the cloaked Darth Maul is revealed and Qui-Gon Jinn says, “We’ll handle this.” It’s one of the most thrilling moments in the franchise. It’s impossible to forget the utter excitement and chills that quickly follow when Maul ignites a double-bladed lightsaber. This final sequence between the two Jedi and the Sith is one of the best lightsaber fights in the entire saga. For the first time we see a double-bladed lightsaber in action along with two Jedi in their prime. These aren’t older Jedi or a Sith that’s more machine than man. These are skilled warriors in the famed age of the Republic we’d only heard about. The fight is choreographed extremely well and belongs high on any list ranking lightsaber battles in the franchise.

Speaking of “Duel of the Fates,” that amazing piece of music is another reason the fight sequence is so spectacular. Composer John Williams succeeded in giving us more great Star Wars music with this film. “Duel of the Fates” is a brilliant composition that immediately makes you want to grab a lightsaber. While “Duel of the Fates” is the standout piece on the soundtrack, the other songs are also great Star Wars pieces. “Anakin’s Theme” in particular is another one worth a listen, capturing the innocence of the young boy we meet in the movie while weaving in the familiar dark tones of the “Imperial March” to allude to his tragic fate. 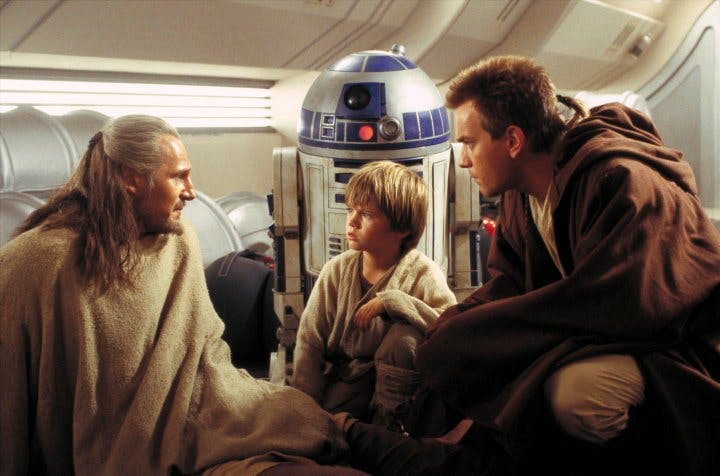 As for Anakin, The Phantom Menace does a good job of making Darth Vader a more complex character by introducing us to him as a child. Despite Jake Lloyd’s perhaps less-than-stellar performance, he’s convincing as an innocent kid who clearly has special talents but just wants to help his mother and others. He has an idealistic view of the world, and it’s hard to see how he could ever become the evil man we know is in his future. His fear and other traits that will ultimately lead to his downfall are normal ones all kids and adults have. Yet in the world of the Jedi, they will doom him. The movie succeeds in showing us how Vader was just a regular person at one point, making the character so much more interesting.