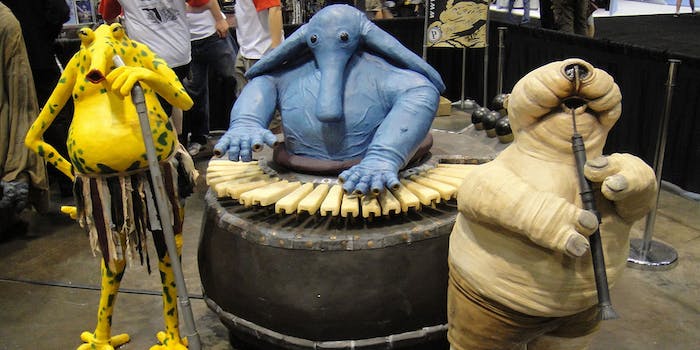 See which songs from the franchise are streamed the most globally and in the United States.

Star Wars would not be Star Wars without its music. The franchise has a lot of amazing aspects—the characters, the story, the visuals—but without John Williams’ beautiful compositions, a huge piece of the puzzle would be missing.

In honor of Star Wars Day, Spotify has revealed which of Williams’ songs are streamed most globally and in the United States by listeners using the service. In a statement, Spotify said that globally more than 215,000 Star Wars-themed playlists have been created by users on their site. The number one Star Wars song streamed both globally and in the United States according to the service is the stunning “Duel of the Fates” from The Phantom Menace.

Other songs overlap on each list as well, such as “Anakin vs. Obi-Wan” from Revenge of the Sith and the classic “Cantina Band” track from A New Hope.

Even with the repeated songs, it’s interesting to see what Star Wars fans are listening to around the world as the fandom in every country celebrates the official May the Fourth holiday!

Stream the playlists above as you celebrate the franchise today and check out which countries have the most Star Wars-themed playlists on Spotify below.