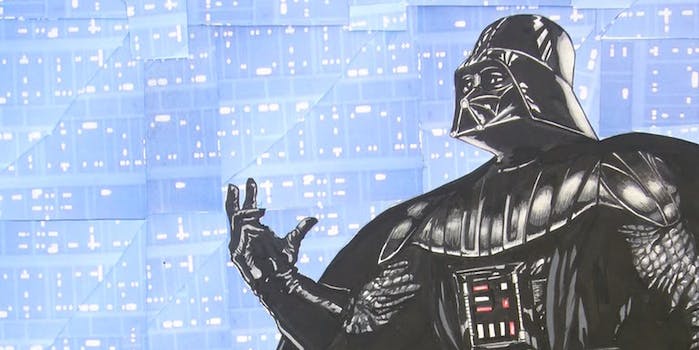 Now there's nothing stopping you rewatching all six movies before 'The Force Awakens' comes out.

Beginning this Friday, you’ll be able to buy all six Star Wars movies on platforms like iTunes and Google Play, including a handful of new special features.

This is the first time Star Wars has been available on digital platforms, and it gives fans a good eight months to re-watch them all before The Force Awakens comes out.

The digital release includes George Lucas‘ controversial modern edits, such as the infamous addition of Hayden Christensen as the ghost of Anakin Skywalker in Return of the Jedi. Re-releases of the so-called “Special Edition” are unpopular with Star Wars purists, but some fans will undoubtedly be won over by the digital release’s new bonus features. These range from DVD-style featurettes and deleted scenes to an R2D2 avatar if you download all six movies on Xbox Video.

With Star Wars Day (May 4th) in less than a month and a new The Force Awakens trailer just around the corner, this digital release is a smart move from Disney and Lucasfilm. They don’t want anything standing between them and everyone’s new desire to rewatch the entire franchise.

Illustration via gtartwork/DeviantArt (CC BY 3.0)