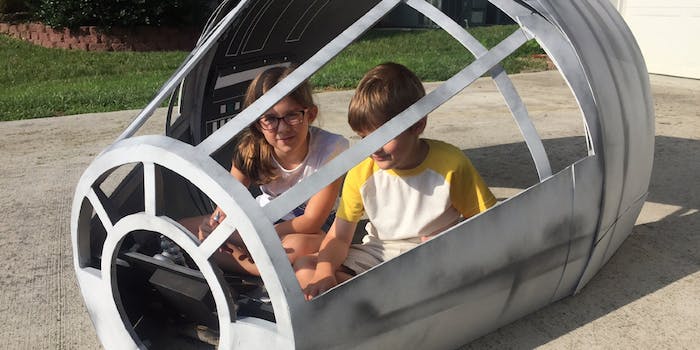 The perfect way to get the next generation of pilots excited for intergalactic travel.

One dad has created the ultimate playhouse for his Star Wars–loving kids.

Kyle Gilbert built this impressive Millennium Falcon cockpit that appears to be missing only the Wookiee copilot. He shared the DIY project on Instructables along with photos and a 17-step guide explaining how he made it.

“My kids love Star Wars, and pretty much every day they end up walking around the house with blasters and lightsabers as they fight off the bad guys. Since I was ready for a new project and because the new Star Wars movie is getting closer every day, I decided it would be fun to build the kids a Millennium Falcon Playhouse. What you see here I managed to build in 10 days, working on it until very late at night and over the weekends,” Gilbert writes on Instructables. 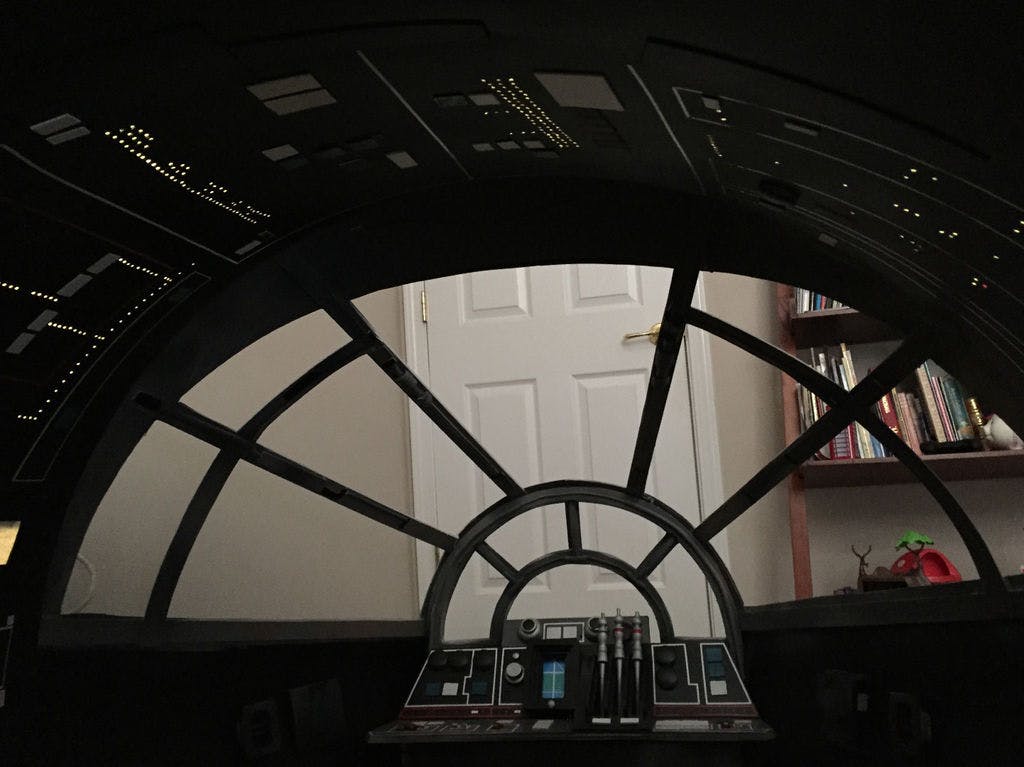 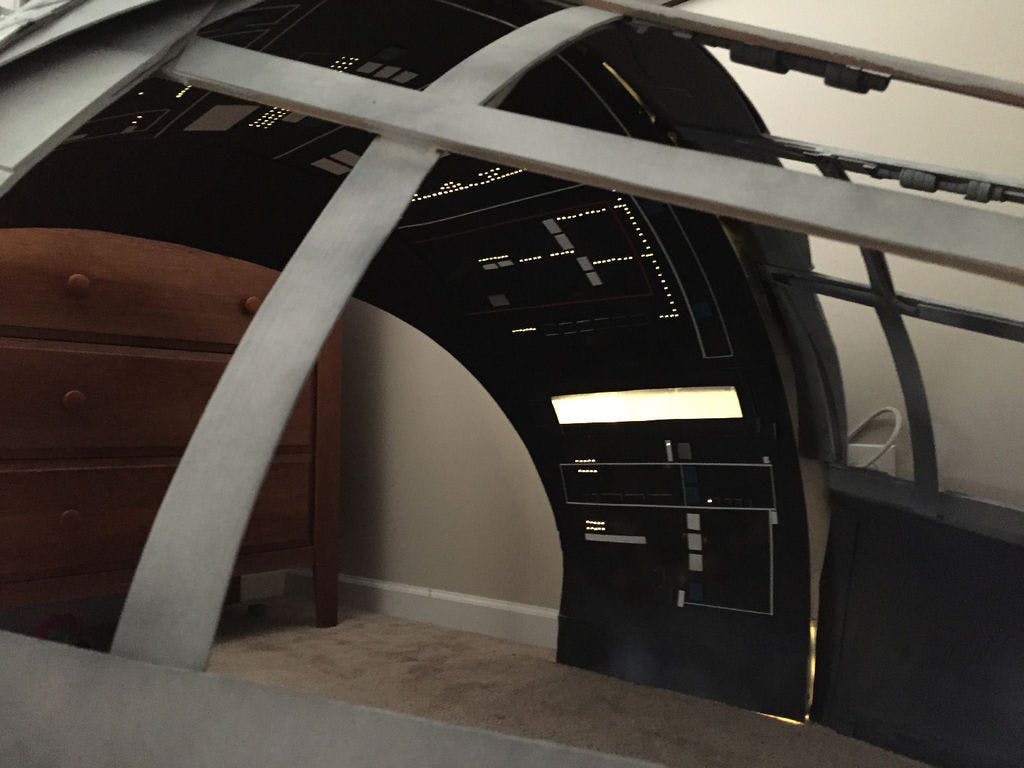 Following the instructions, it seems like a fairly straightforward project for anyone handy enough to give it a try one weekend. He outlines the materials used like PVC board, PVC glue, MDF board, and a number of tools such as an electric sander and box cutter. He also illustrates what he did during each step with helpful photos. The finished product does a decent job of replicating the inside of the cockpit we’ve seen on screen considering the materials used.

Other than pretending to complete the Kessel Run in less than 12 Parsecs, the cockpit is the perfect size to be used for other things too. Commenters at MakeZine think it would make a great reading nook, while Gilbert has observed it could potentially be a comfy sleeping space. He said the playhouse cockpit is now located in his son’s bedroom and he actually found his son sleeping inside it once.

However you decide to use it, there’s no denying this playhouse would provide hours of fun for any Star Wars fan.