This is no ordinary galactic hunk of junk!

One look at this model of the Millennium Falcon should be enough to impress any Star Wars fan, but the amazing details on this starship become even more impressive when you learn how it was made.

The incredibly detailed 38-inch model, created by a fan named Bernard Szukiel, is actually a delicately constructed papercraft. Ninety-nine percent of it is made of paper, and it took Szukiel four years to create. Looking at all the little features on the model, it’s hard to imagine how much work and care must have gone into the process.

Szukiel also added fiber optics and LEDs to create the lights on the Falcon, as seen in the cockpit in the photos below. 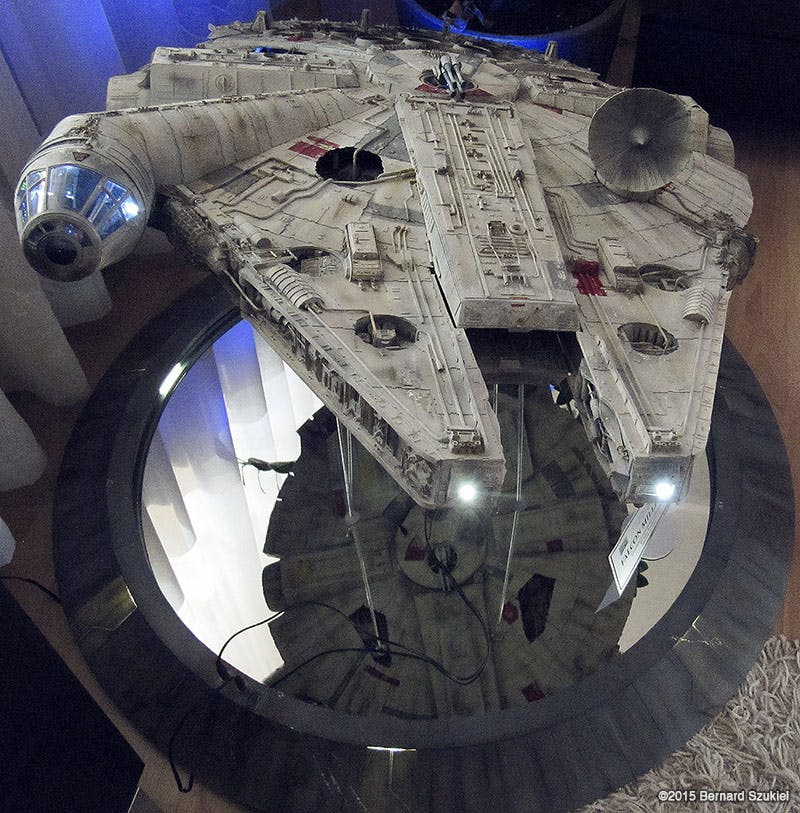 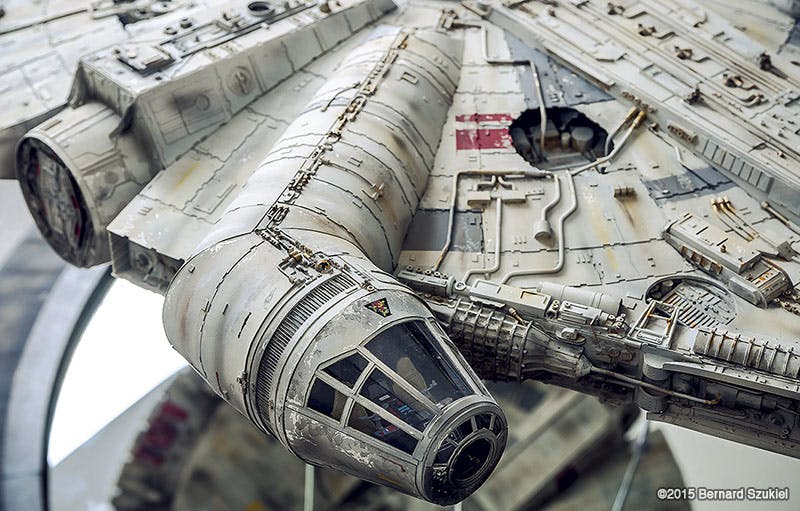 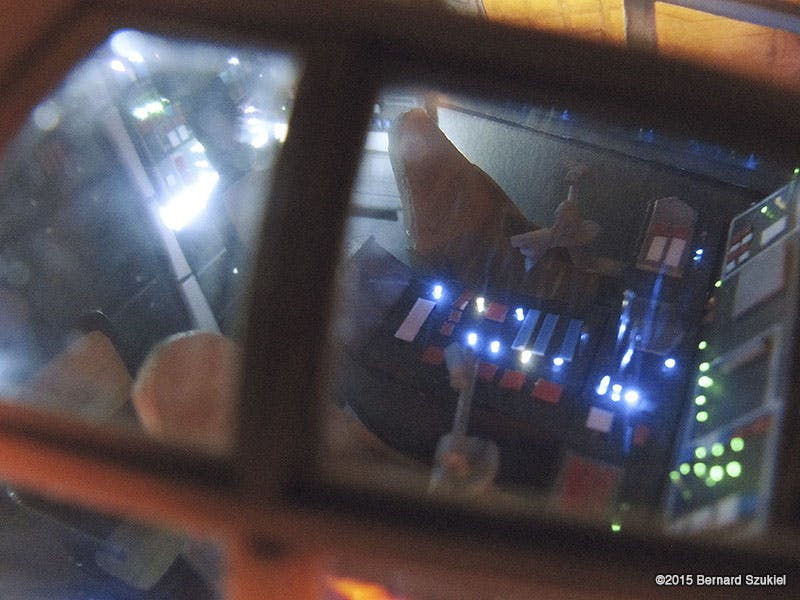 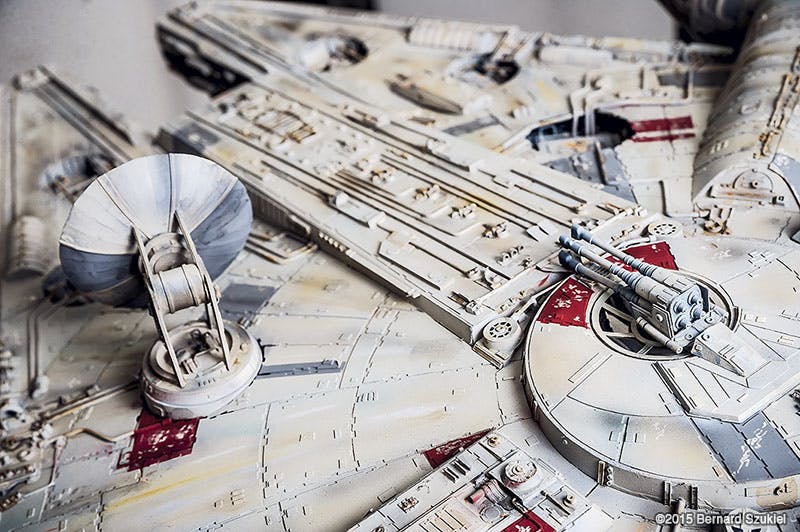 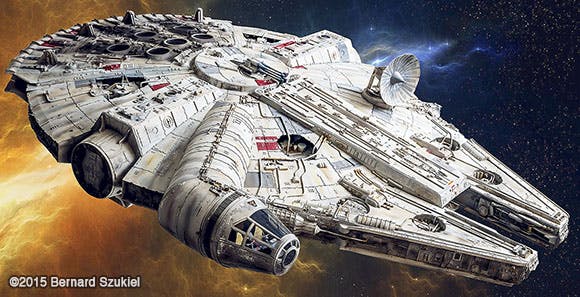 As if the crafting medium and the time commitment weren’t impressive enough, Szukiel said he based his work entirely upon images he found online. The Force must surely have been with this Star Wars modelmaker!