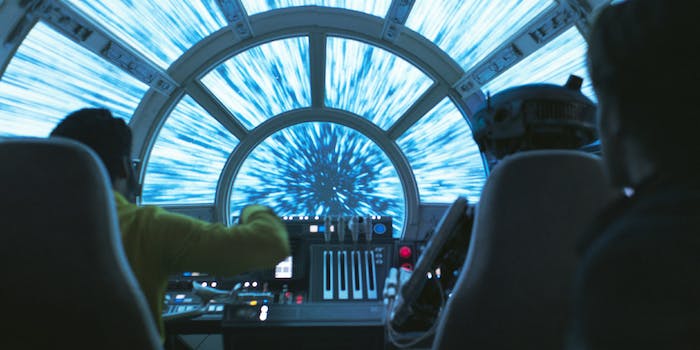 That's a lot of money.

Several months after Lucasfilm announced that Jon Favreau was writing a live-action Star Wars TV series, we still don’t know much other than the fact it exists. But we now have a slightly better idea of the scale of the series thanks to its budget.

A recent New York Times profile on Disney’s Ricky Strauss, who’s in charge of choosing which shows and movies will appear on Disney’s upcoming streaming service that’s launching to compete with rival services like Netflix, Amazon, and Hulu, has plenty of insight into what Disney has planned once it launches in 2019. Those plans include live-action remakes of Lady and the Tramp and The Sword in the Stone, Disney’s back catalog and thousands of episodes of old Disney TV shows, and new movies starring actors like Anna Kendrick.

Many of the series Disney is working on will have a price tag of around $25 million to $30 million, but Favreau’s live-action Star Wars series is already reportedly the exception to that rule. According to the New York Times, Favreau’s show will have a $100 million budget for 10 episodes. It’s still unclear what period of time the series would tackle.

“Star Wars is a big world, and Disney’s new streaming service affords a wonderful opportunity to tell stories that stretch out over multiple chapters,” Favreau told the New York Times via email.

The price tag is around what the first season of Westworld cost and is reflective of a growing trend in networks willing to spend more money to create television. A September 2017 Variety cover story revealed that the cost of making TV is rising with Netflix’s The Crown cost around $10 million an episode and Stranger Things was $8 million per episode. But the CGI-heavy Game of Thrones is even higher than that with the final season costing approximately $15 million an episode to make.