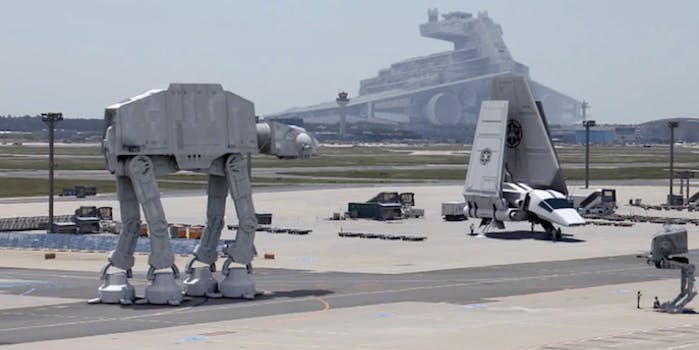 A German airport was transformed into a ‘Star Wars’ set

Fans can create their own universes, too.

It’s been a leaky summer so far, and one of the most anticipated films in terms of leaked material is Star Wars: Episode VII. YouTuber Frank Wunderlich uploaded some exclusive “leaked footage” of the Star Wars set, filmed at the “Imperial Starport” in Frankfurt, Germany.

This is, of course, not real footage, but it’s still an impressive clip, one that shows how fans can create their own universe in the meantime, while we wait for more leaks. Or maybe this is part of J.J. Abrams‘s covert leak team effort, like the guy dropping secrets on Tinder.