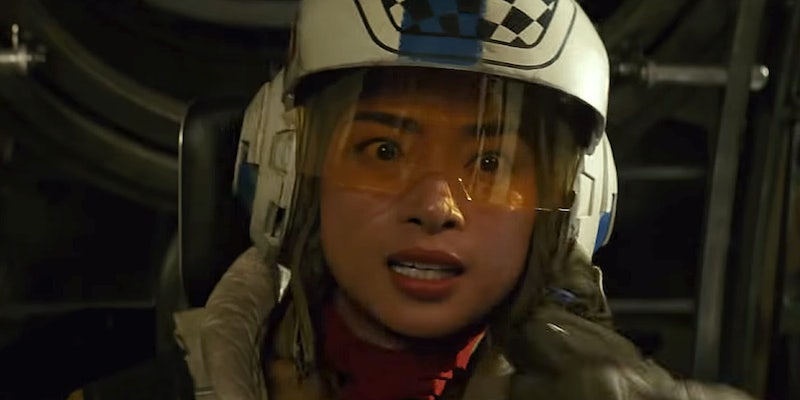 The Last Jedi expertly weaved together the stories of several characters, but brand new scenes in the film’s upcoming novelization will reveal even more about them.

Unlike the novelizations for The Force Awakens and Rogue One, the Last Jedi novelization wasn’t published in the days immediately after the film’s theatrical release. It isn’t scheduled to come out until March 6, and fans got a preview of what they can expect in the latest episode of the Star Wars Show. While author Jason Fry was working on the book, he met up with director Rian Johnson, where they “got to write entirely new scenes.”

Novelizations aren’t restricted by movie times, so even though The Last Jedi is already the longest Star Wars movie to date, the novelization can go even deeper, adding detail with character’s thoughts. For instance, Fry teased that the novelization will include Han Solo’s funeral, more detail about the casino town of Canto Bight, and it will bring Rose and her older sister Paige together.

Johnson also chatted about some of the scenes he wrote that didn’t make the cut that could make it into the book. While he talks, the video shows deleted footage from Luke’s third lesson, where Rey runs to save the Lanai (or fish nuns, as some fans know them as) from bandits only to discover that they’re hosting a giant party.

As far as canon is concerned, Lucasfilm and DelRey treats information revealed in official novelizations—which are often based on early drafts of a movie script—as canon as long as they don’t contradict what ultimately ends up in the film. For example, Rey met Poe Dameron shortly before she set off to find Luke Skywalker on Ahch-To in the Force Awakens novelization, which The Last Jedi retconned by not having them meet until after she rescues the Resistance on Crait. By publishing the book later, fans have had months to think about the movie before exploring it on another level, and the book can avoid some of the pitfalls of being based on an earlier script.