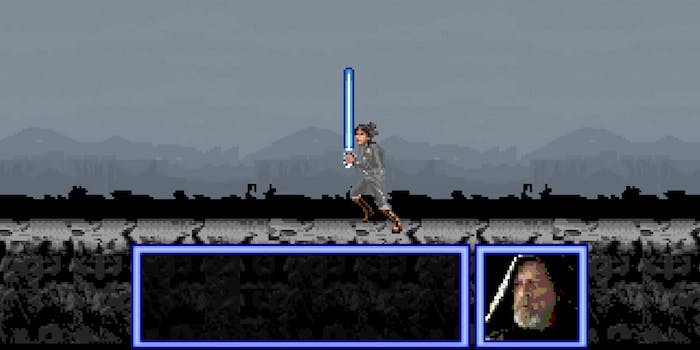 The Force is strong with this 8-bit ‘Star Wars: The Last Jedi’ trailer

The Force in a whole new light.

The ways of the Force are even more impressive in 8-bit.

Nearly a month after the release of the first trailer for Star Wars: The Last Jedi, JoBlo has transformed it into a glorious and compelling 8-bit video game. Both the visuals and the music are pixelated to give it that old-school feel, and although not all of the shots line up exactly, they still offer what might end up being the wider shot.

We already have Star Wars video games for the latest systems, but we wouldn’t say no to a throwback version.