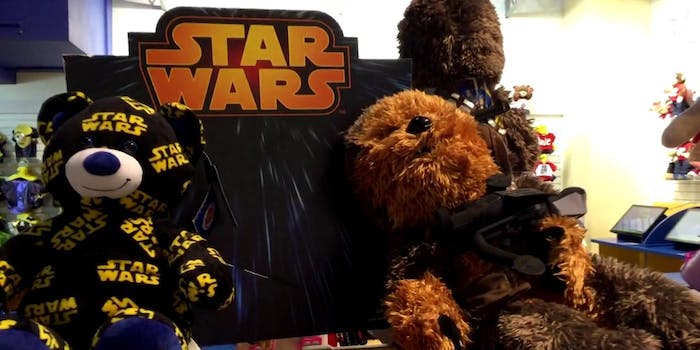 Why do people get so excited for 'Star Wars' toys? There's just one guy to ask.

Steve Sansweet knows a thing or two about Star Wars toys, so it makes sense that he dropped by Toys “R” Us in Times Square as it celebrated the run-up to the toy bonanza that is Force Friday.

Sansweet is the owner of the Guinness Book of World Record’s officially certified world’s largest collection of Star Wars memorabilia, which he has turned into a museum called Rancho Obi-Wan. For 25 years, he was the public face of Lucasfilm for its legions of Star Wars fans, representing the company at countless conventions and events. He has also written or co-written more than a dozen Star Wars books, including authoritative reference guides to Star Wars collecting.

All of this made Sansweet the perfect person to talk to about the enduring pop-culture phenomenon that is Star Wars, and why, nearly 40 years after it burst onto the scene and changed cinema (and marketing) forever, massive merchandising events like Force Friday are still so key to its success.

Screengrab via The Daily Dot/YouTube