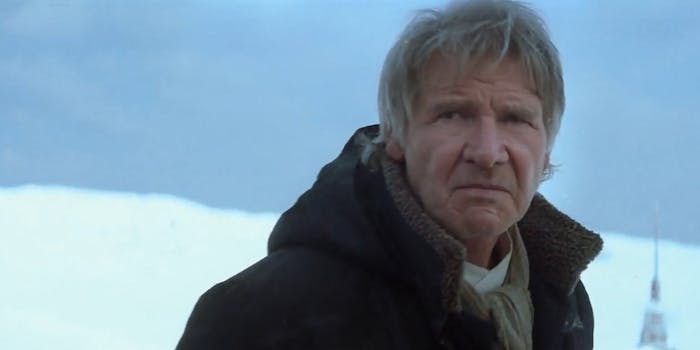 Is that some new 'Star Wars' footage we see?

J.J. Abrams confirmed last month that we’d already seen the final Star Wars trailer. That turned out to be a half-truth at best after Disney posted a Japanese trailer last week, and now it’s time for the TV commercials to begin.

This new TV spot mostly consists of footage we’ve already seen elsewhere, there’s some fresh  stuff in there as well. In particular, a voiceover from Lupita Nyong’o‘s character Maz Kanata.

The force is calling to you…

Check out the first official TV spot for #StarWars #TheForceAwakens.https://t.co/tsKiEvZAK7

“I know your eyes,” says Maz Kanata. Could this be another hint that Rey (Daisy Ridley) bears a certain family resemblance to the Skywalker clan?