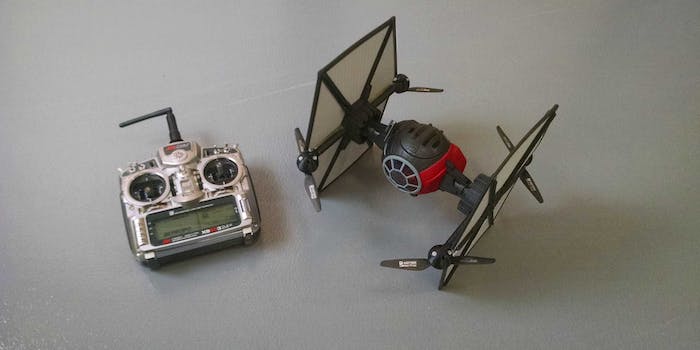 This flying TIE fighter might not be the easiest of DIY projects, but the result is totally worth it.

We will never tire of Star Wars DIY projects, and this one gets extra points for being able to fly.

With a few modifications, Imgur user woodpiece turned one of the new First Order TIE Fighter toys into a drone. The process involved disassembling the toy and installing a quadcopter motor attached to 3D-printed mounts, so it probably isn’t for DIY beginners. 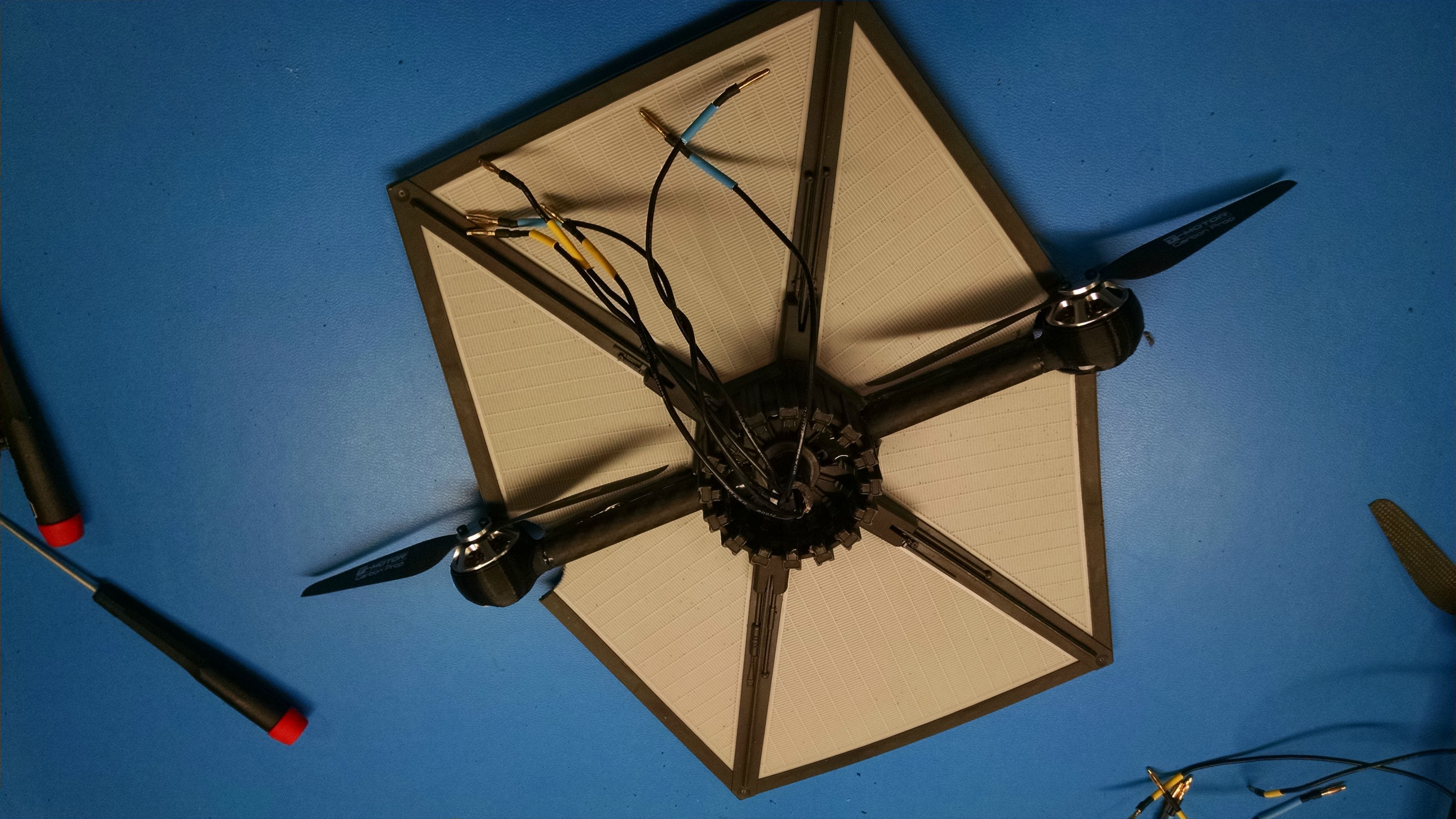 The resulting remote-controlled toy has rotors on the front and back of the wing panels. 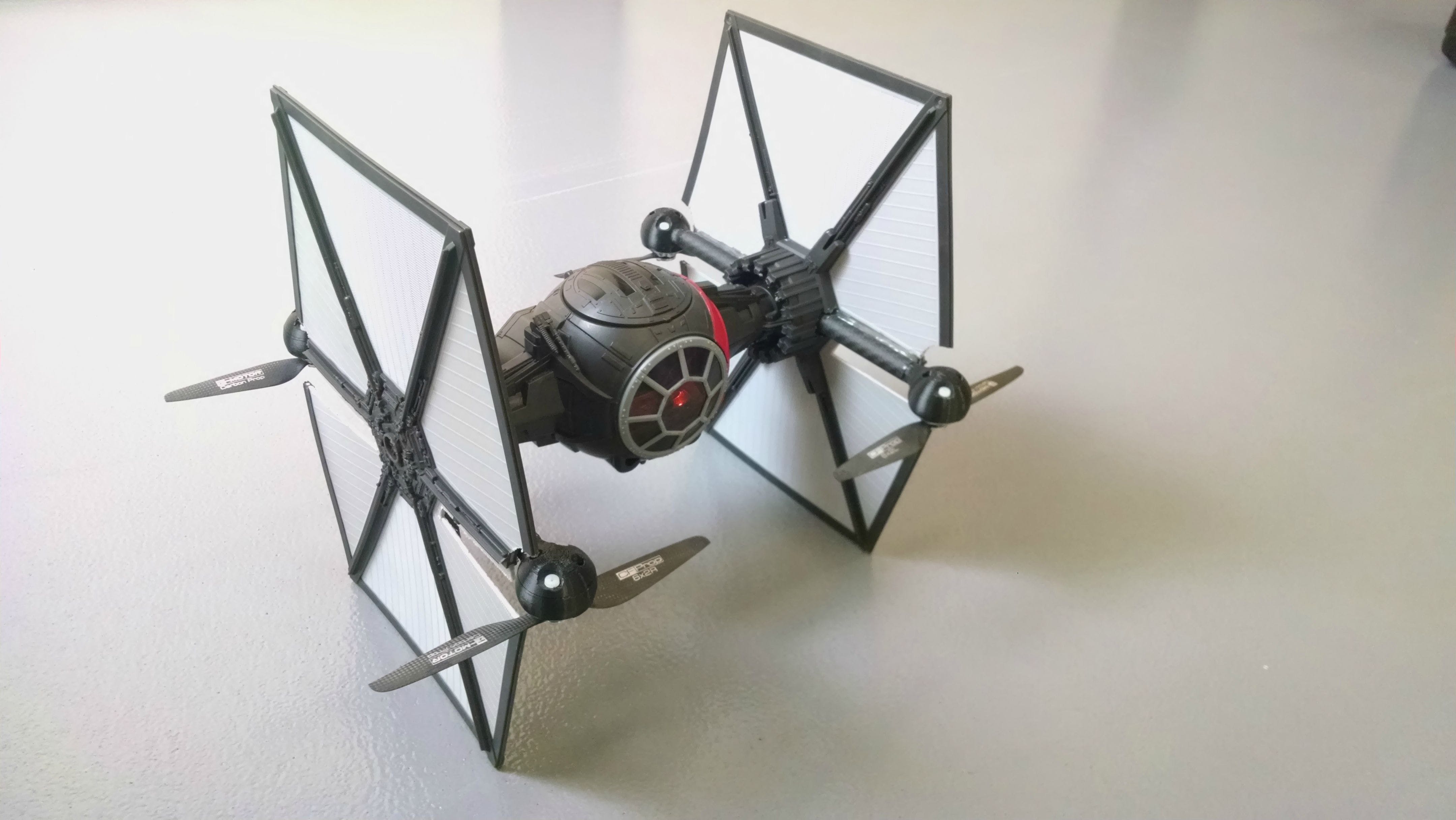 The TIE fighter drone is pretty loud, but that doesn’t detract from the awesomeness of owning a Star Wars ship that actually flies.