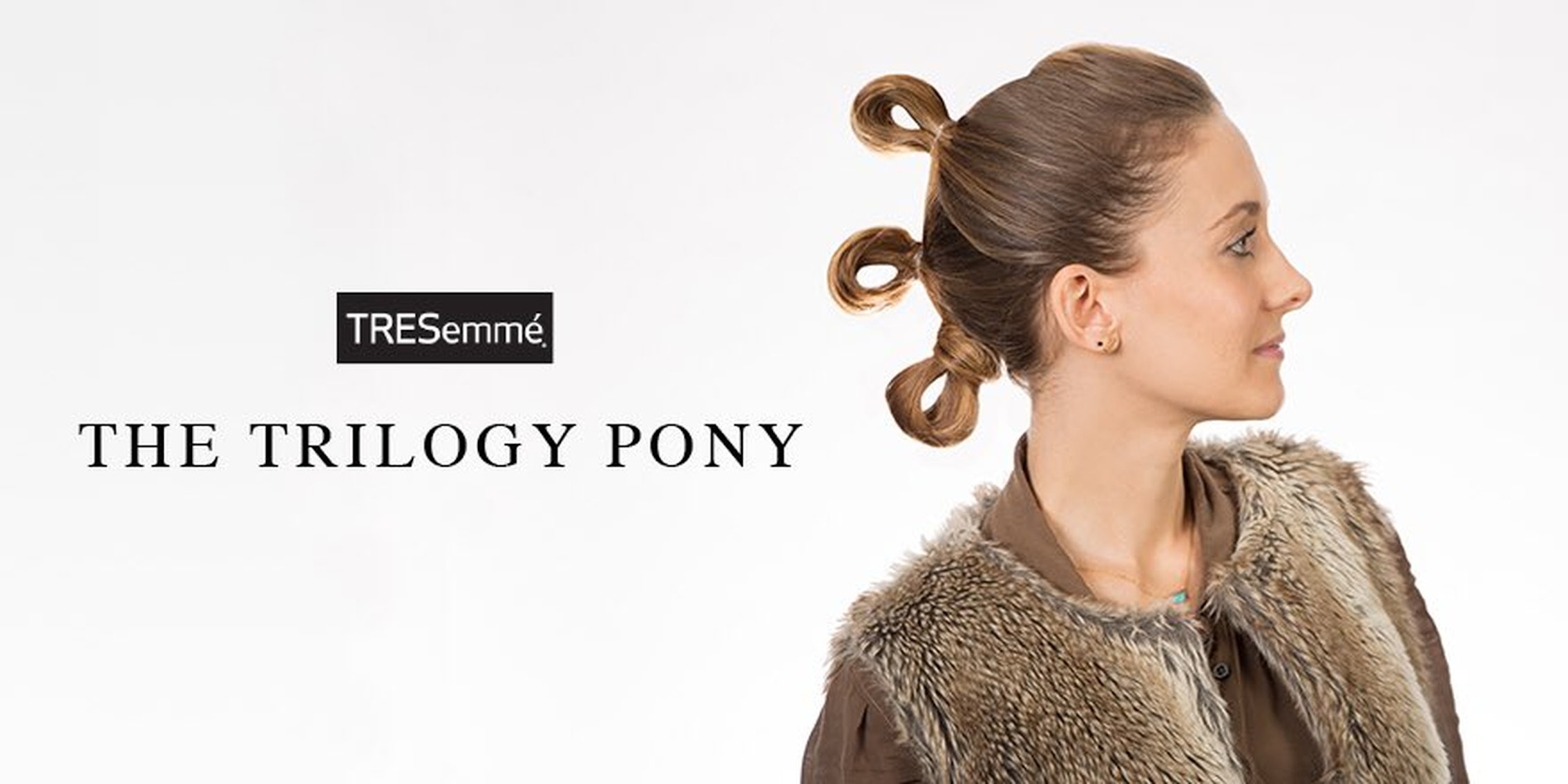 The Force Awakens is everywhere at the moment, to the point where you could probably outfit an entire house with Star Wars merchandise. But in between all the Death Star waffle makers and BB-8 toys, we may have found the strangest Star Wars cash-in to date.

Haircare product manufacturer TRESemmé has decided to enter the cosplay game, posting a Rey hair tutorial on Tumblr. The instructions show how to copy Daisy Ridley‘s three-tiered hairstyle from The Force Awakens, without technically mentioning that the whole thing is a Star Wars reference.

The look is called the “Trilogy Pony,” but come on. We all know what they’re talking about.

If you want a more in-depth tutorial, we recommend turning to the geekier side of the beauty vlogging community on YouTube.

Combine this with our Star Wars: The Force Awakens cosplay tips, and you’re all set!