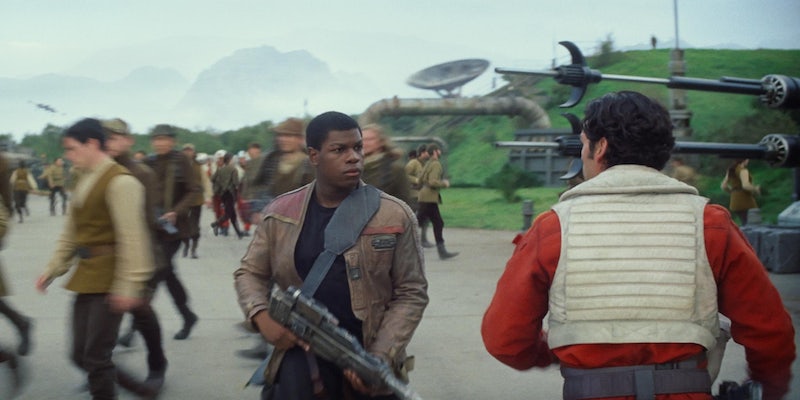 Here’s how to cosplay as the stars of ‘Star Wars: The Force Awakens’

Looking for a simple cosplay outfit for Finn, Rey, BB-8, or Poe Dameron? We've got you covered.

The Force Awakens is almost upon us, leaving everyone with a burning question: which Star Wars character should you cosplay on opening night?

You can find a full Princess Leia costume on eBay in about five seconds, but the costumes of the new characters are a little harder to make. To make things simpler, we’ve put together a DIY guide for last-minute cosplayers. Just make sure you don’t accessorize any of these outfits with a weapon, because some theaters are confiscating them at the door.

John Boyega‘s Finn is one of the easiest characters to cosplay, unless you’re aiming for his full stormtrooper outfit. His costume consists of black pants and a black long-sleeved shirt (which you may already have), plus a brown leather bomber jacket borrowed from Poe Dameron (Oscar Isaac). 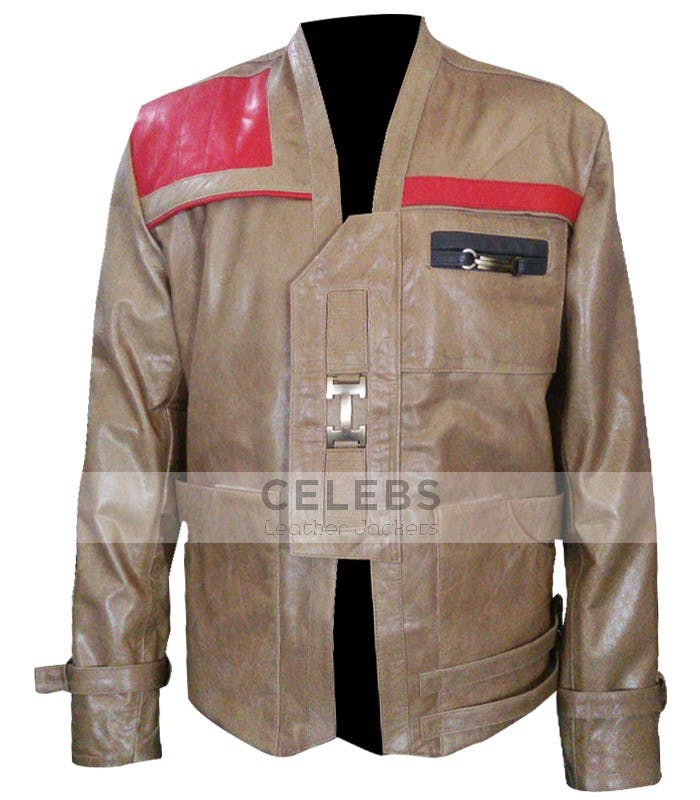 If you’re on a budget, you can peruse Google Shopping for a cheap jacket and modify it with red electrical tape to resemble Finn’s. Otherwise, you can be thankful for the booming industry of movie replica jackets. Following in the footsteps of characters like Wolverine and Tony Stark, Finn has inspired his own line of knock-off jackets. They’re $180 or $168 each, but that’s not too hair-raising a price for a jacket that doubles as functional everyday garb.

Rey’s desert costume reminded us a lot of the Wives in Mad Max: Fury Road, whose outfits can be copied by draping your body with white cheesecloth. Unfortunately, the outfit that Daisy Ridley wears in the new film is a lot more complicated, making Rey the one main character you can’t cosplay without buying fabric and settling in for some DIY. 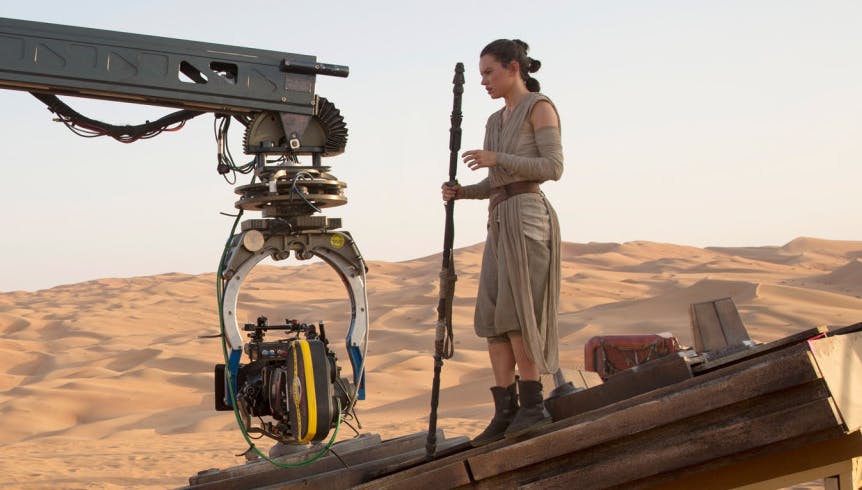 The base layer of Rey’s costume consists of cropped pants (beige linen is best) and a sleeveless, collarless beige shirt. You can source her boots by searching for ugg-style fabric or knit boots or slippers.

The hard part is assembling the top layer, which includes two long rectangles of fabric, belted at the waist, plus Rey’s arm-wraps. For the arms, you can buy beige bandages or burlap ribbon and secure them with a safety pin. But for the draped fabric, you’ll either have to order some oatmeal-colored muslin or linen, or find two identical scarves that are long enough to stretch down to your knees, plus another for your head.

On top of all this, you need goggles. You can find a reasonable facsimile by shopping for dust goggles, although Instructables offers a helpful tutorial if you want your goggles to be more accurate. One of the trickiest things about this outfit is making sure all the different items match. This is virtually impossible if you’re shopping from different sources, so one option is to follow the above steps with white fabrics, and then dye it all the same color. Phew.

Dressing as the real BB-8 would be massively inconvenient, especially if you have to squeeze yourself into a theater seat. However, everyone’s favorite droid is also everyone’s favorite choice for geek fashion, making it very easy to find a BB-8 dress, hat, or hoodie.

X-Wing pilot Poe Dameron has the kind of costume that only looks good on a dreamy movie star like Oscar Isaac: an orange jumpsuit and a puffy vest. Luckily, if you’re really dedicated to this unflattering look, it’s one of the simpler options from The Force Awakens.

Step one is finding an orange jumpsuit, which is easy and cheap to do on Amazon or eBay. Step two is buying a utility belt or holster. Real utility belts are relatively easy to find from military stores, but Etsy has a thriving market for more complex (and expensive) leather belts and holsters. 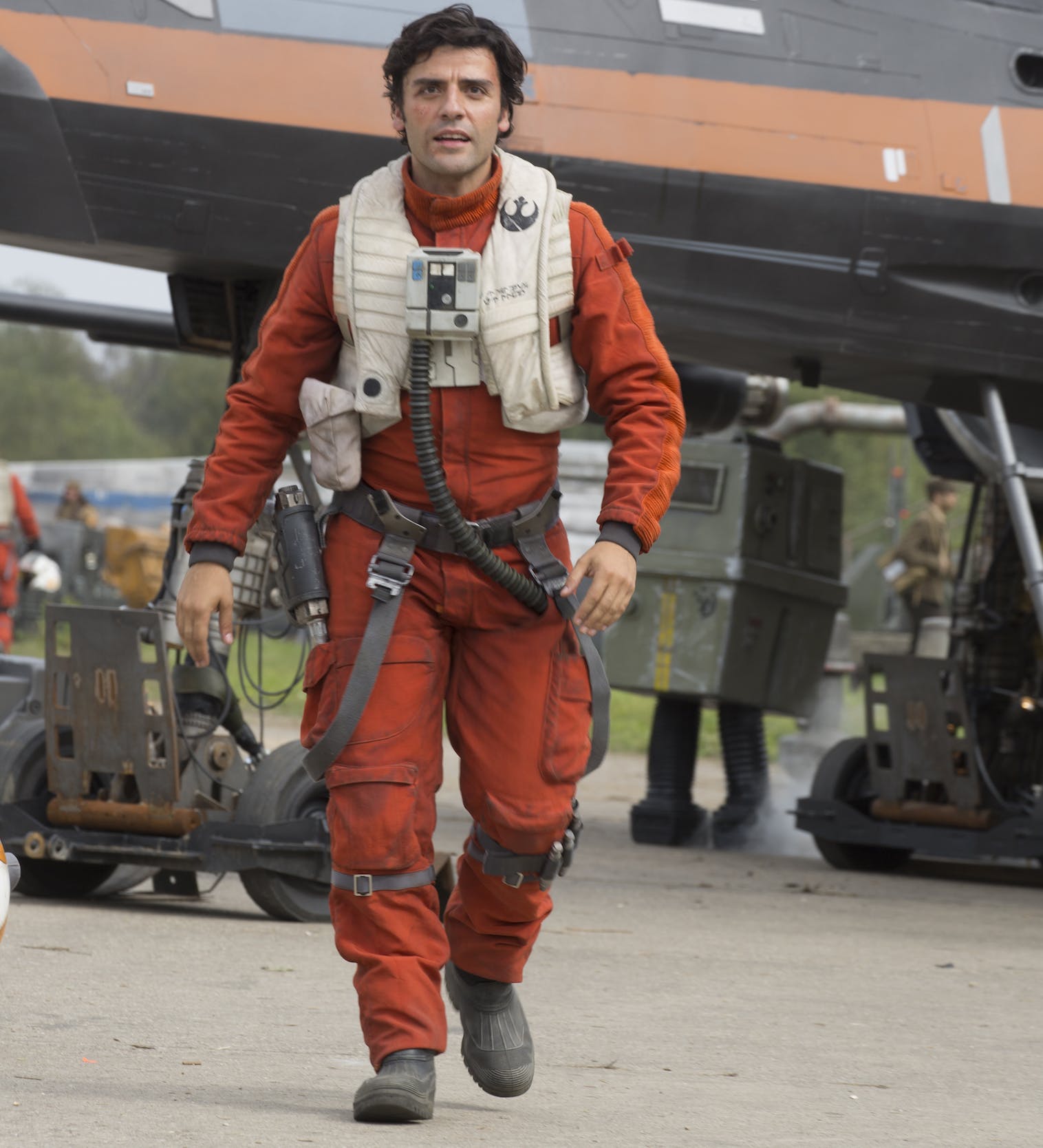 Step three is optional—and also the hardest part to recreate without a “real” costume. Dameron wears a cream-colored sleeveless jacket over his jumpsuit, attached to his flight equipment. You can vaguely copy this style with a quilted gilet, but they’re usually too long to really resemble Dameron’s outfit.

If you do decide to go for the full look, make sure to buy a Rebel Alliance badge to stick on that uniform, marking you as an official X-wing pilot. You could also just buy an old Halloween costume based on the vintage X-wing pilot uniforms, which are very similar. But that would be cheating.