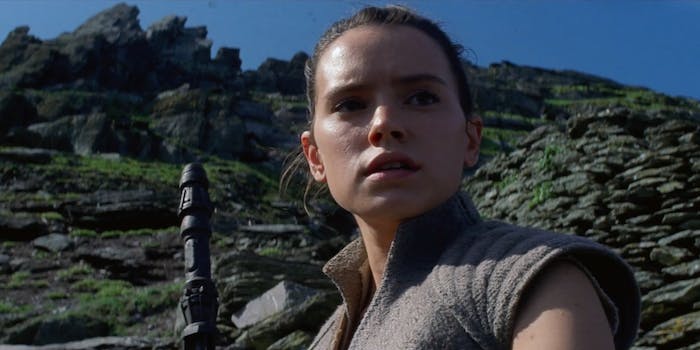 Here’s what to expect on the ‘Star Wars: The Force Awakens’ Blu-ray

The ‘Blu-Rey’ is almost here!

We may have already seen Star Wars: The Force Awakens more times than we can count, but soon we’ll be able to watch it even more in the comfort of our own home.

Lucasfilm announced the release dates for The Force Awakens for digital, DVD, and Blu-ray today, along with the vast range of special features bound to keep fans returning to that galaxy far, far away.

Some stores, such as Target, Walmart, and Best Buy, will offer exclusive Blu-ray combo packs with different covers, but what’s sure to be even more exciting is what’s offered inside. Fans will be able to watch behind-the-scenes features on BB-8’s creation, a look back on the famed table read, glimpses into the film’s visual effects and bringing creatures to life, and what went into filming the final lightsaber battle between Rey and Kylo Ren.

The trailer for the home release of The Force Awakens also reveals at least one deleted scene we’ll be treated to: Kylo Ren entering the Millennium Falcon. As we’ve already seen, there’s quite the family connection.

The Force Awakens will be available to download digitally on April 1 while the DVD and Blu-ray combo pack will be released April 5.