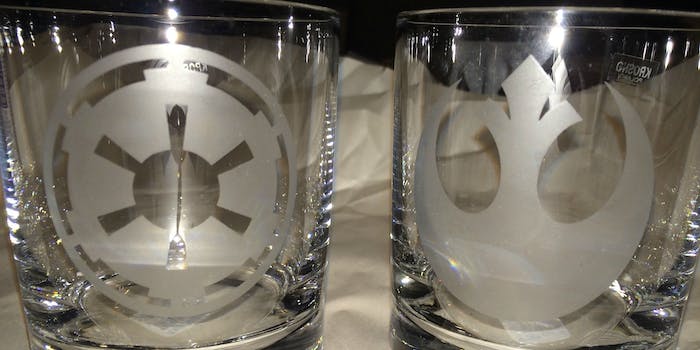 Here’s how to etch your own ‘Star Wars’ drinking glasses

Feel the Force with every sip!

Well you don’t need the Force to create your own amazing Star Wars etched glasses (though that never hurts). With a little help from these instructions and photos shared by Imgur user holapenguin, you can turn your glassware into something special.

The original set of four featured in the album were created as a wedding gift. They feature the Sith, Jedi, Rebel Alliance, and Imperial Navy symbols. According to holapenguin, he bought the glasses from Crate and Barrel and found the logos he wanted on Wookieepedia. 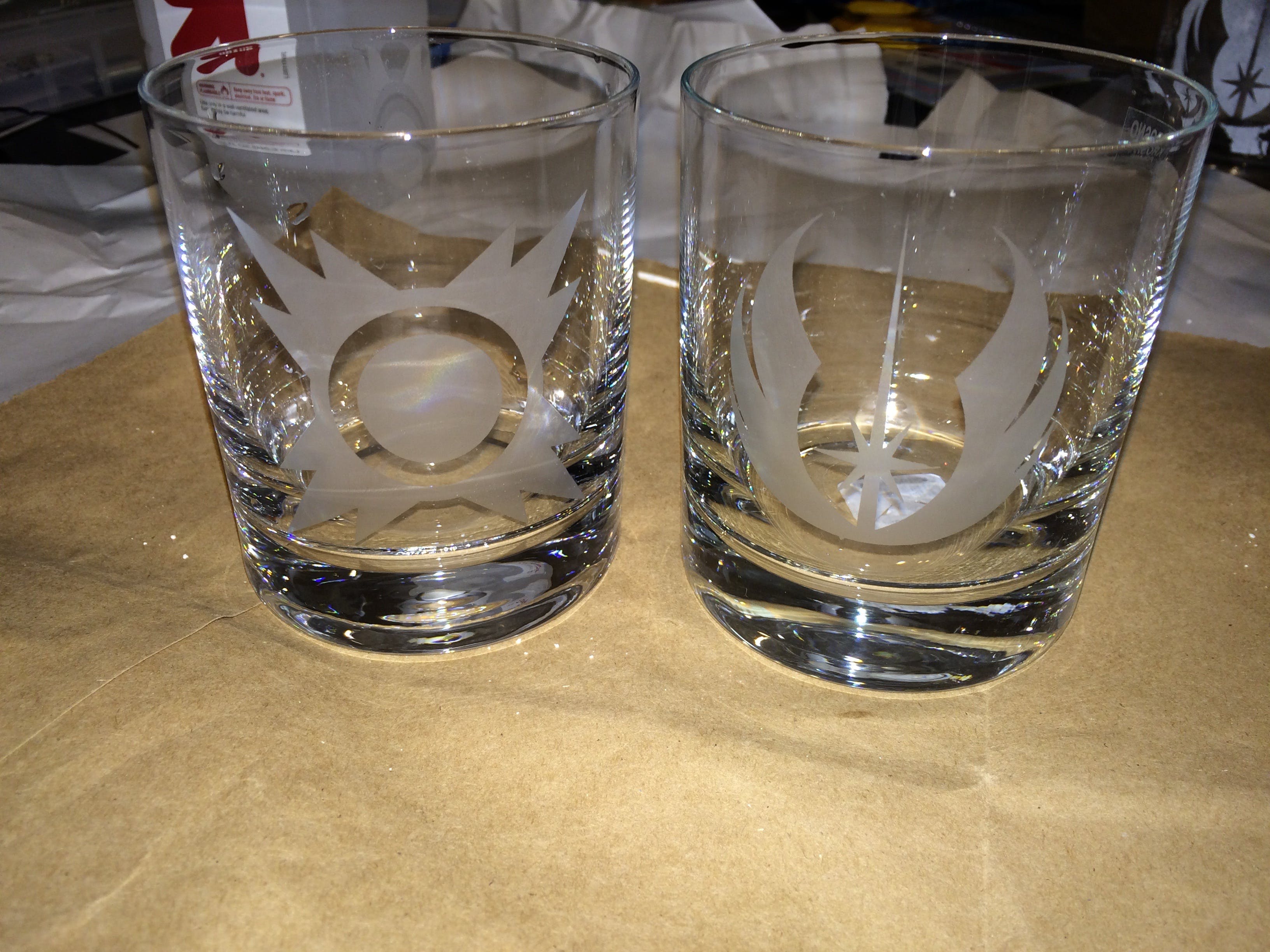 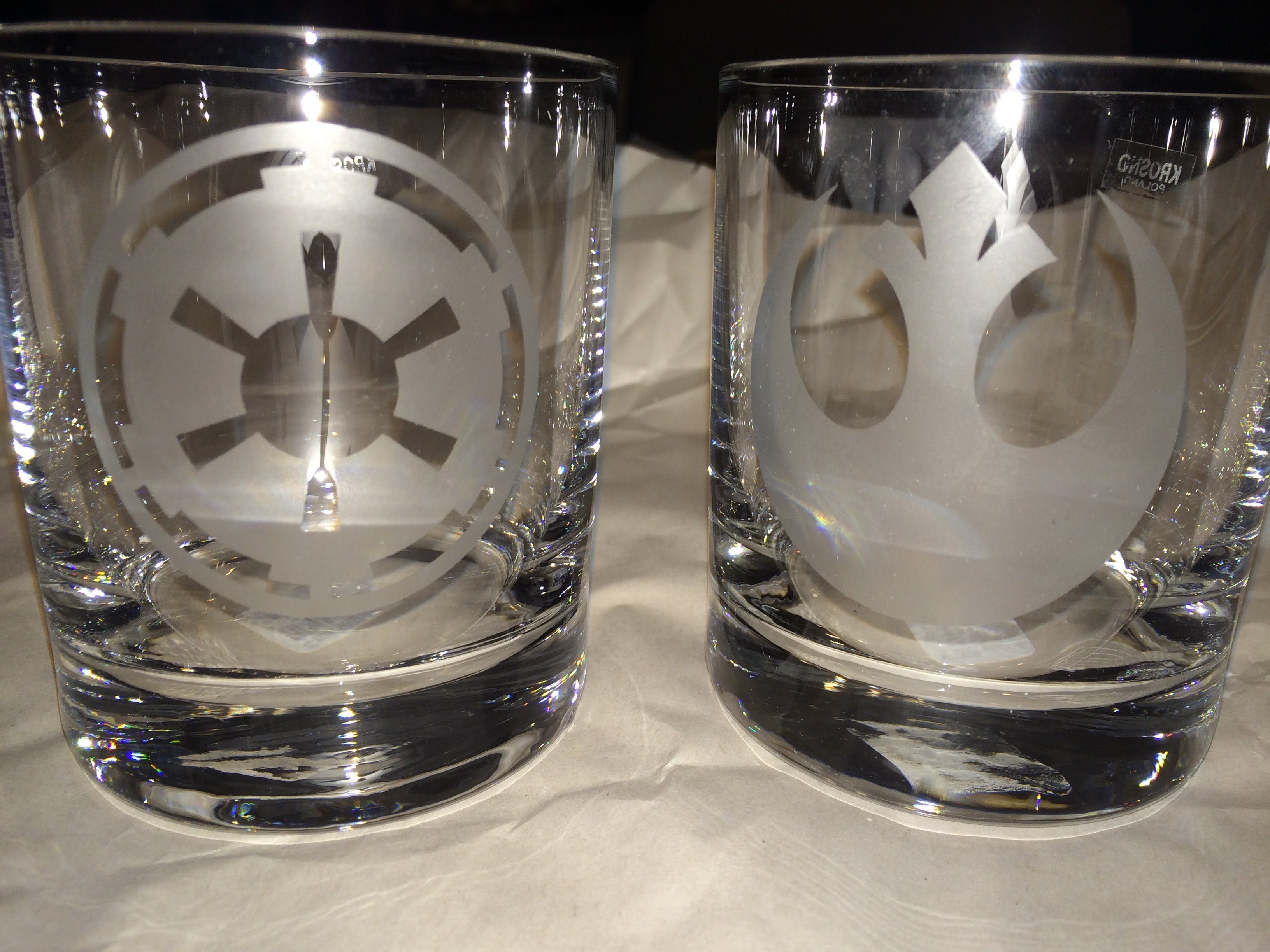 “I made the image black and white and inverted the image. I laser printed the image on glossy brochure paper made for laser printing. The idea here is to heat transfer the toner to the glass, the glossiness of the paper makes it [easier] to transfer,” holapenguin writes.

He then ironed the transfer onto the glass. Learning from his own mistakes, he recommends going slow and being patient with this process. Once the glass cools down, you can soak the paper in water and then rub it off the glass. He then applied some Armour Etch cream, let it sit for 5 minutes, and then rinsed it off. The result: awesome glasses. 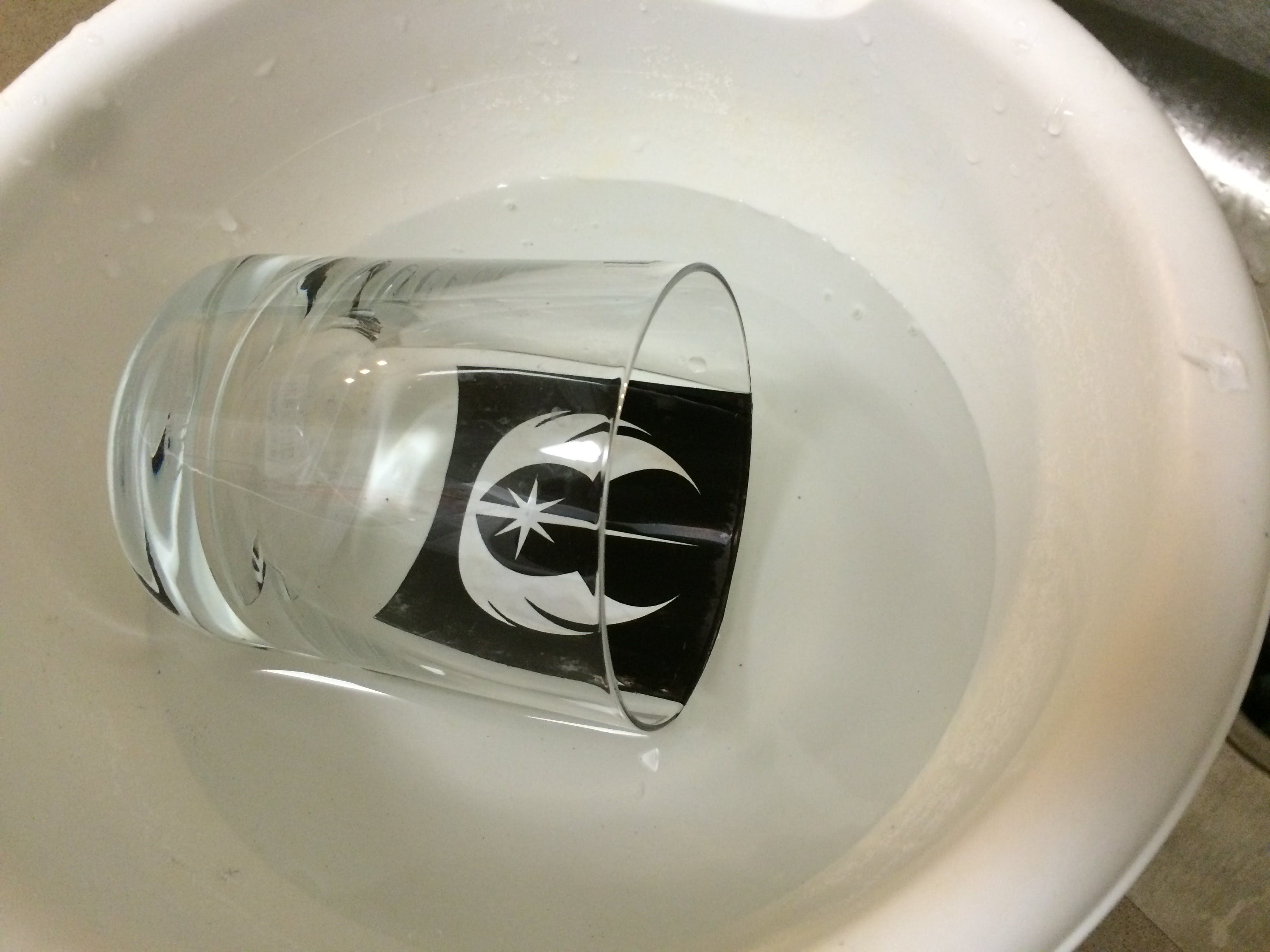 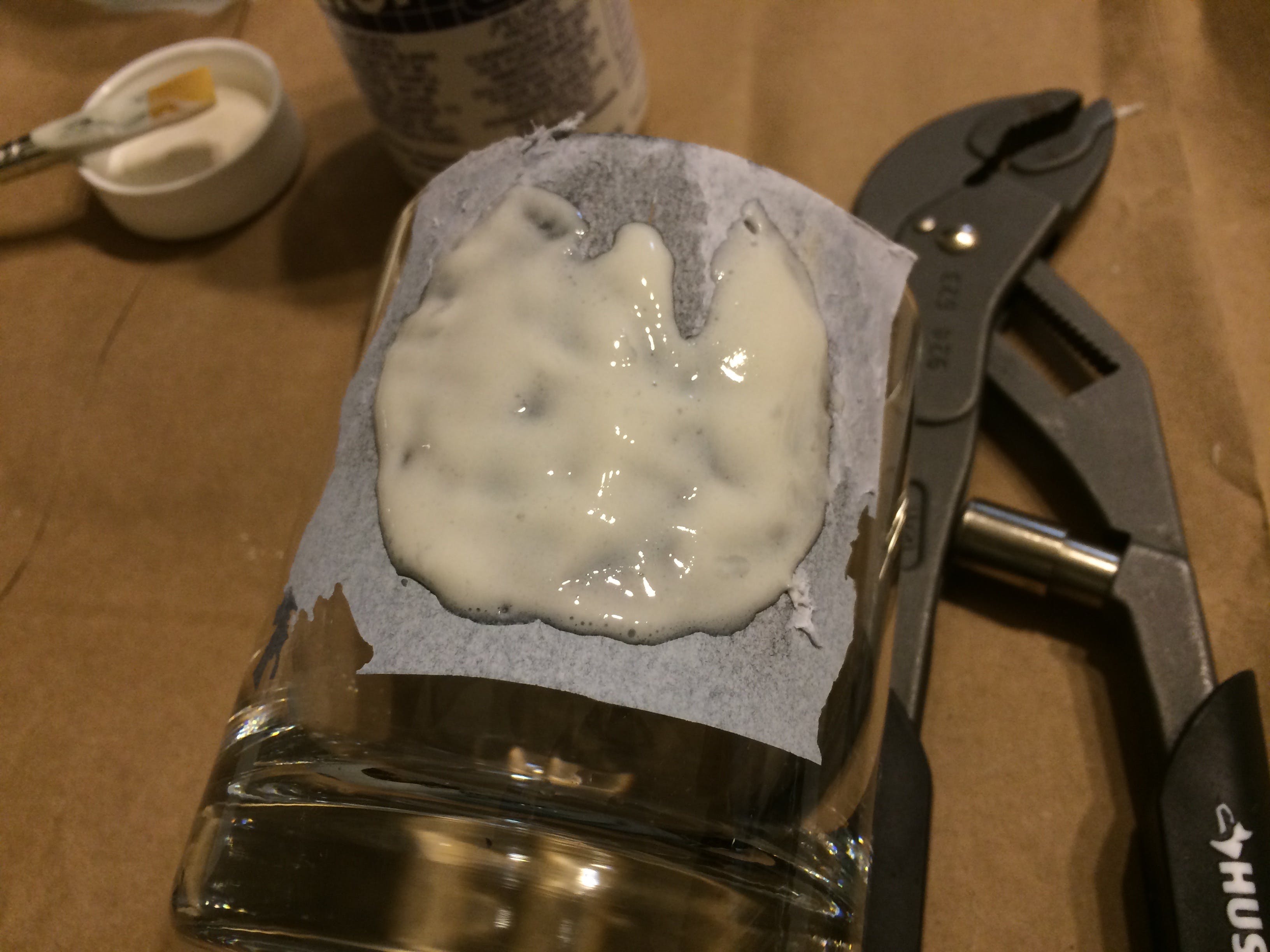 Holapenguin explains his steps with photos in the album, pointing out his mistakes as well as concerns regarding the disposal of Armour Etch. Anyone interested in trying this should probably do a little research on the products used. Still, this appears to be a relatively easy way to make your own cool glasses.

You don’t have to be restricted to one fandom either. Not only did he create these Star Wars glasses, but he also made glasses showing the symbols of each Harry Potter House! 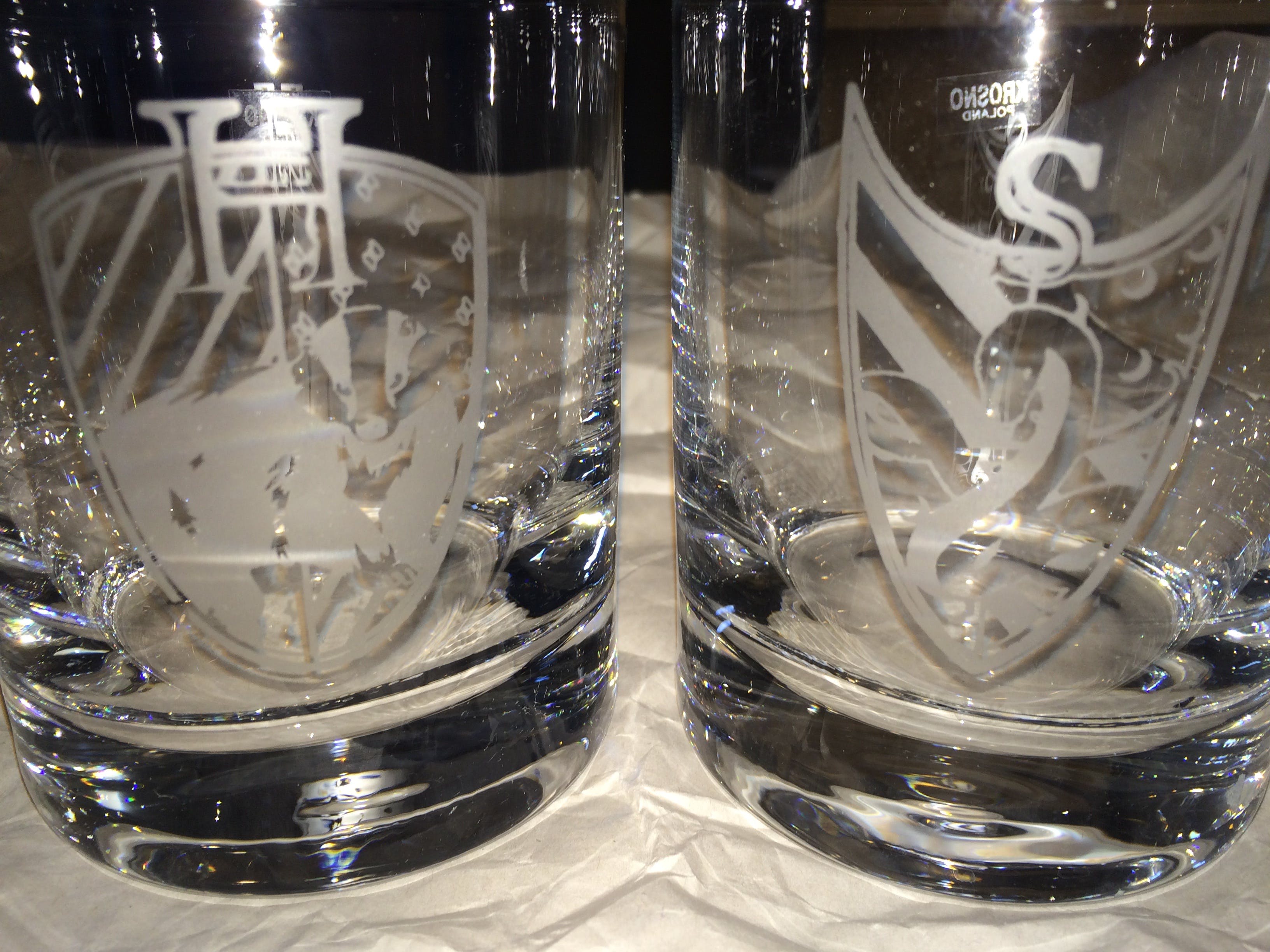 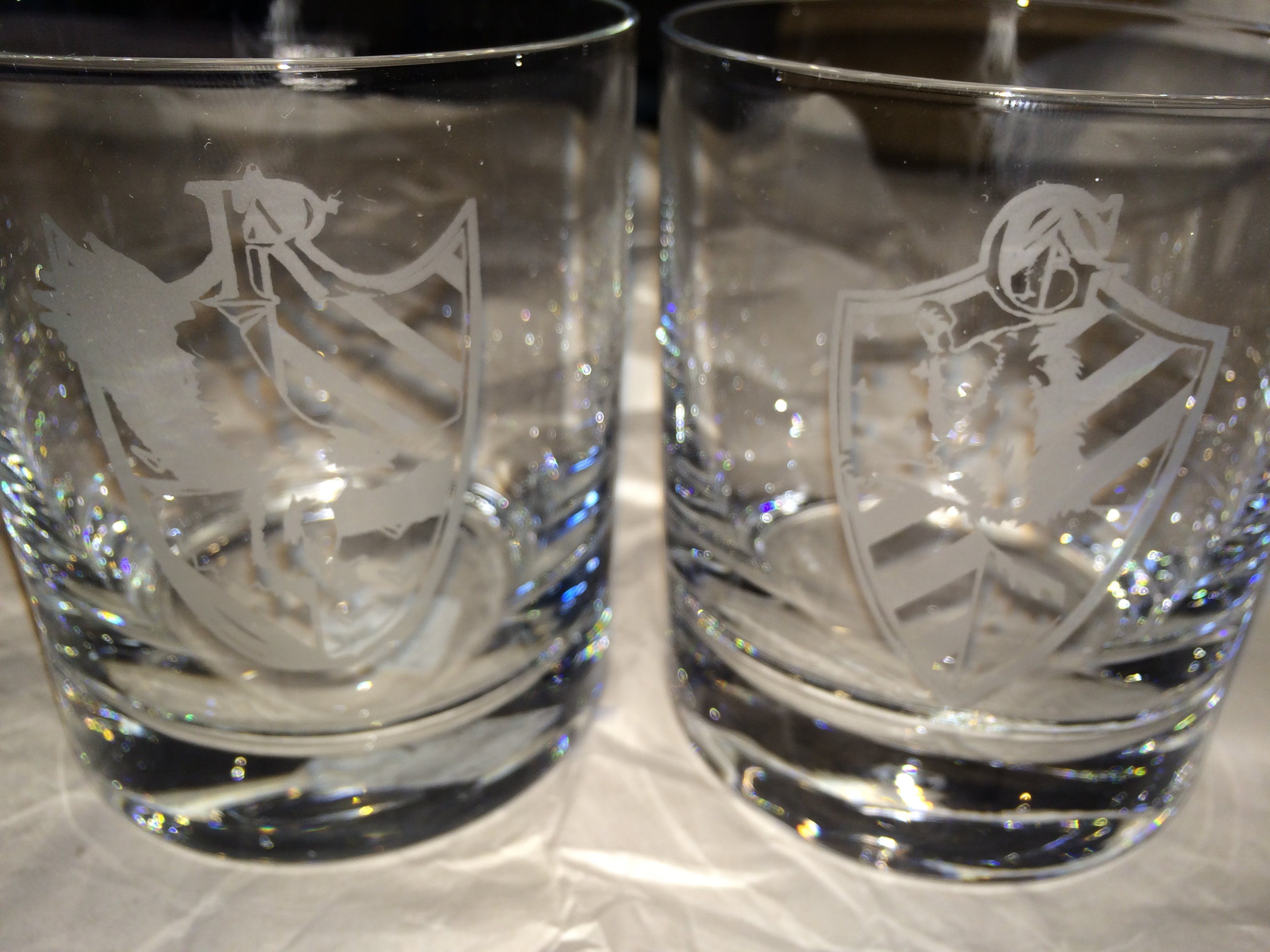 You can find the full instructions and more photos on Imgur.