Here's what one stormtrooper does in his spare time.

If you’ve never thought much about the individuals behind the armor of the Empire’s stormtroopers in Star Wars, that’s all about to change. This photo series by photographer Darryll Jones will soon have you wondering what each trooper gets up to during their time off.

The photos Jones posts on his social media accounts share the day-to-day life and adventures of Eric the Stormtrooper. The series began after Jones moved from South Africa to England with his family six years ago. His landscape photography became limited when he realized how cold and short the winter days could be and he began to shoot inside more, pushing himself to be creative. 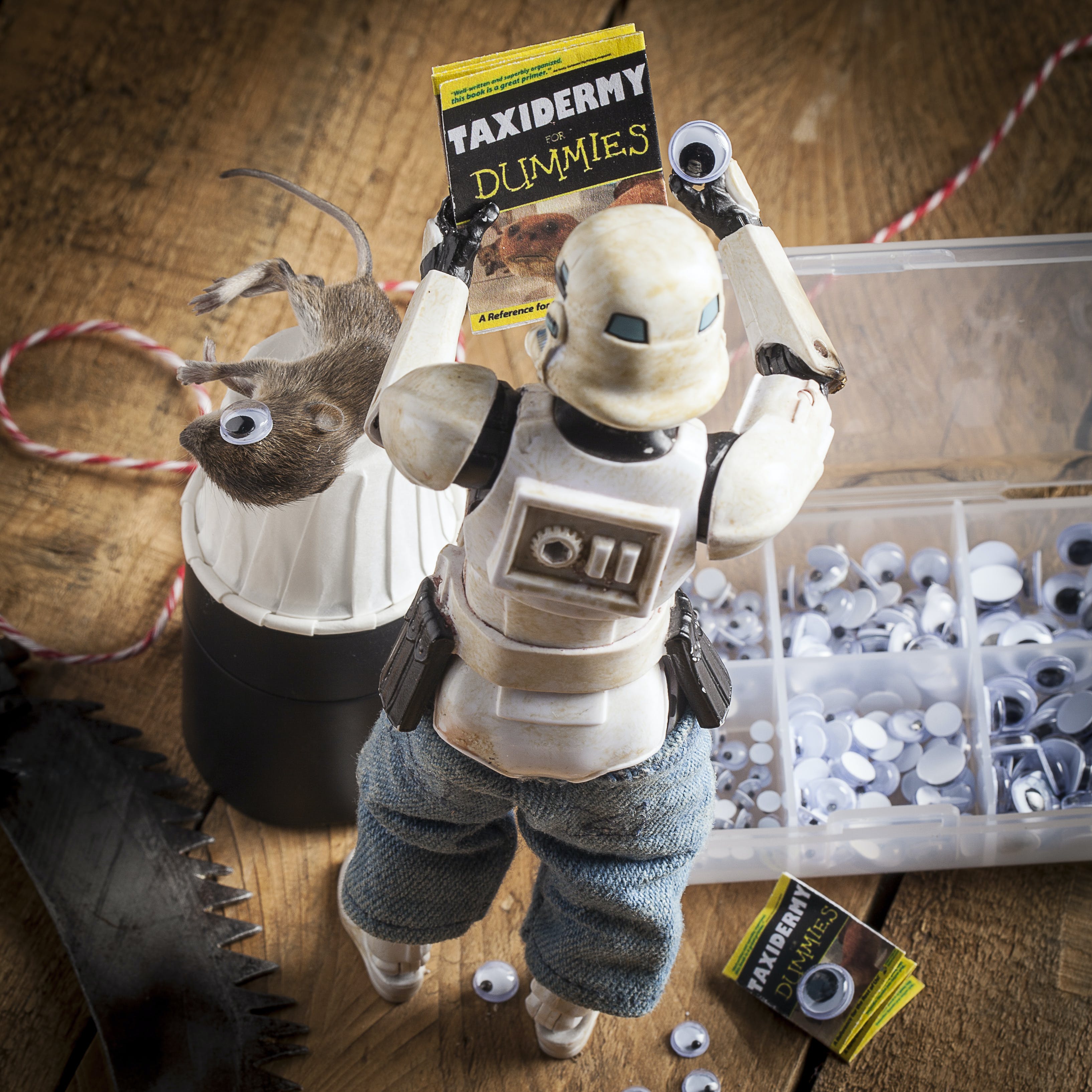 “Then one day, I took a little Lego Stormtrooper down, and I used my 105mm Macro Sigma lens, and started taking a few shots of him. Instantly I was hooked. His little emotionless face lent itself beautifully to little stories I had in my head. I started making little movie posters and intricate setups that won a few daily deviation awards on deviantART, and from there it just took off really,” Jones told the Daily Dot via email. 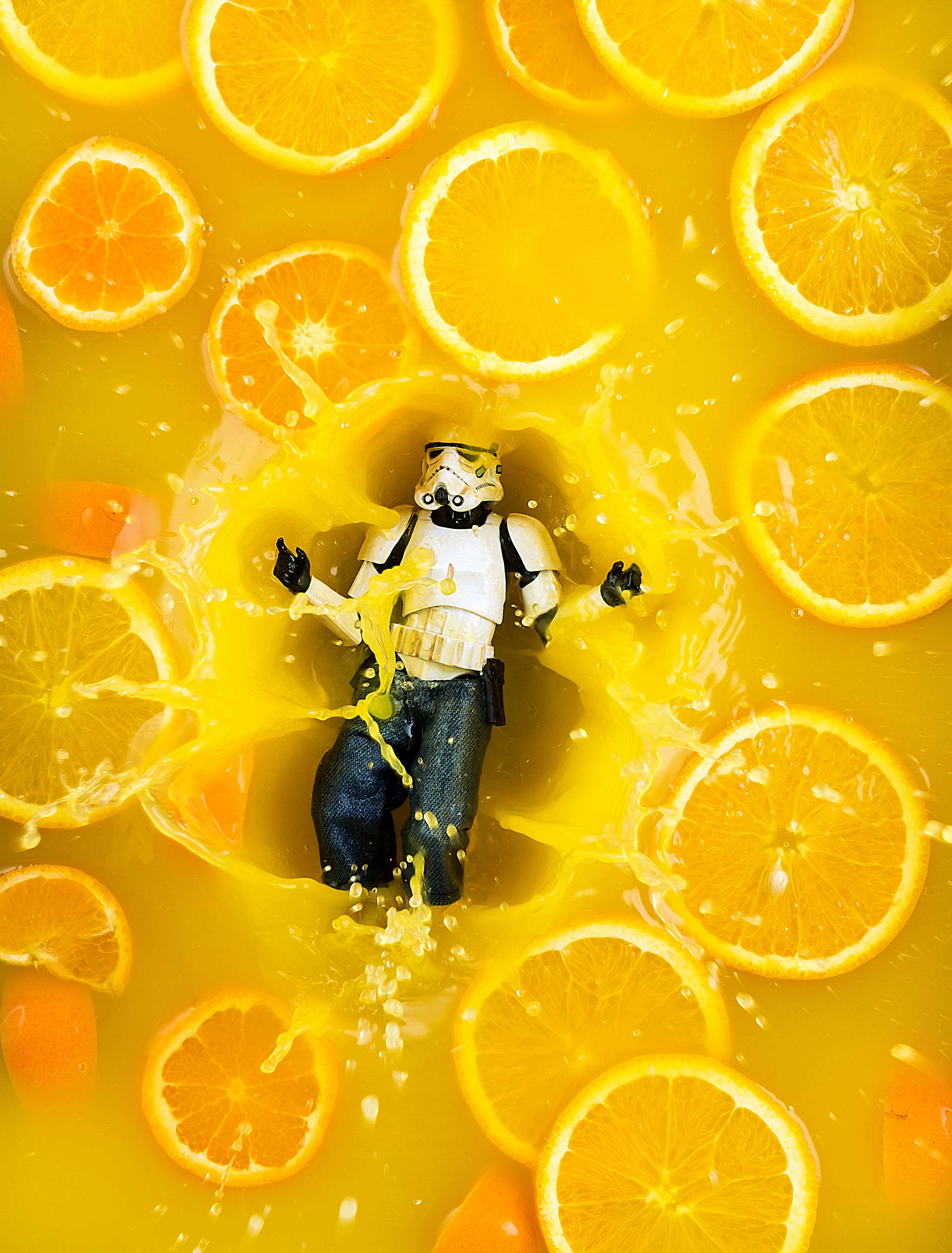 Jones knew that photographers had shot the Star Wars toys before.

“I have never wanted to copy what others are doing, and I always look for a different angle or story to tell. As far as I knew, there were no stories or names to the toys people were shooting, and it all came together with each post on Instagram,” he said. “My single intention with everything I photograph is to make myself laugh, I am doing this for fun, and that seemed to resonate through the feedback I started getting on Instagram. I continue it now because I still love it. Not a day passes when I am not thinking of Eric and what he could get up to. He has become a part of the family really, even my girls are used to me buying them toys and then pinching a few bits for Eric, my family even buy things for Eric.”

As for how Jones settled on the name Eric, he said the name just popped into his head one day and worked. Perhaps it is because it is such a simple name for an Imperial stormtrooper that it does seem so fitting for the character. Part of the charm of the photos is the sense of Eric as an actual character, often with his stories and thoughts shared in each image’s description.

Eric recalls with delight, being wrapped up on a couch in fright, eyes glued to the flickering telly, the odour in the room thick, rancid and smelly, when Freddy would visit in his dreams, and into his helmet, with muffled screams, he would watch the horror unfold, his little teddy he would hold. RIP Mr Craven August 2, 1939 – August 30, 2015 #haveyouseeneric #freddykruger #wescraven #ripwescraven #nightmare on elm street #starwars #movies #stormtrooper #darrylljones

When asked how he decides on a new activity or pose to shoot Eric in, Jones said Eric decides.

“That might sound odd, but, it’s pretty much true. I just set it up and push the button,” he said.

With around 90,000 followers on Instagram, he’s gained quite a following. Jones said the response to his work has been incredible.

“The feedback I get from people is amazing. Not a day goes by without someone telling me I made their day, or made them smile, and that is what really drives me to do it. It never gets old or boring,” he said. “But I find I really do this because I love it, and if I make myself laugh or smile while taking a pic, it works.”

“I have a whole big adventure planned for the coming year, which will hopefully be massive.”

With that next adventure Jones said he wants to continue making people laugh in a world where there is often so much bad news.

“That is my hope, that in Eric’s next adventure, we expose the funny side of things, and get people smiling and not focusing on all the bullshit we are fed in the everyday news,” he said. 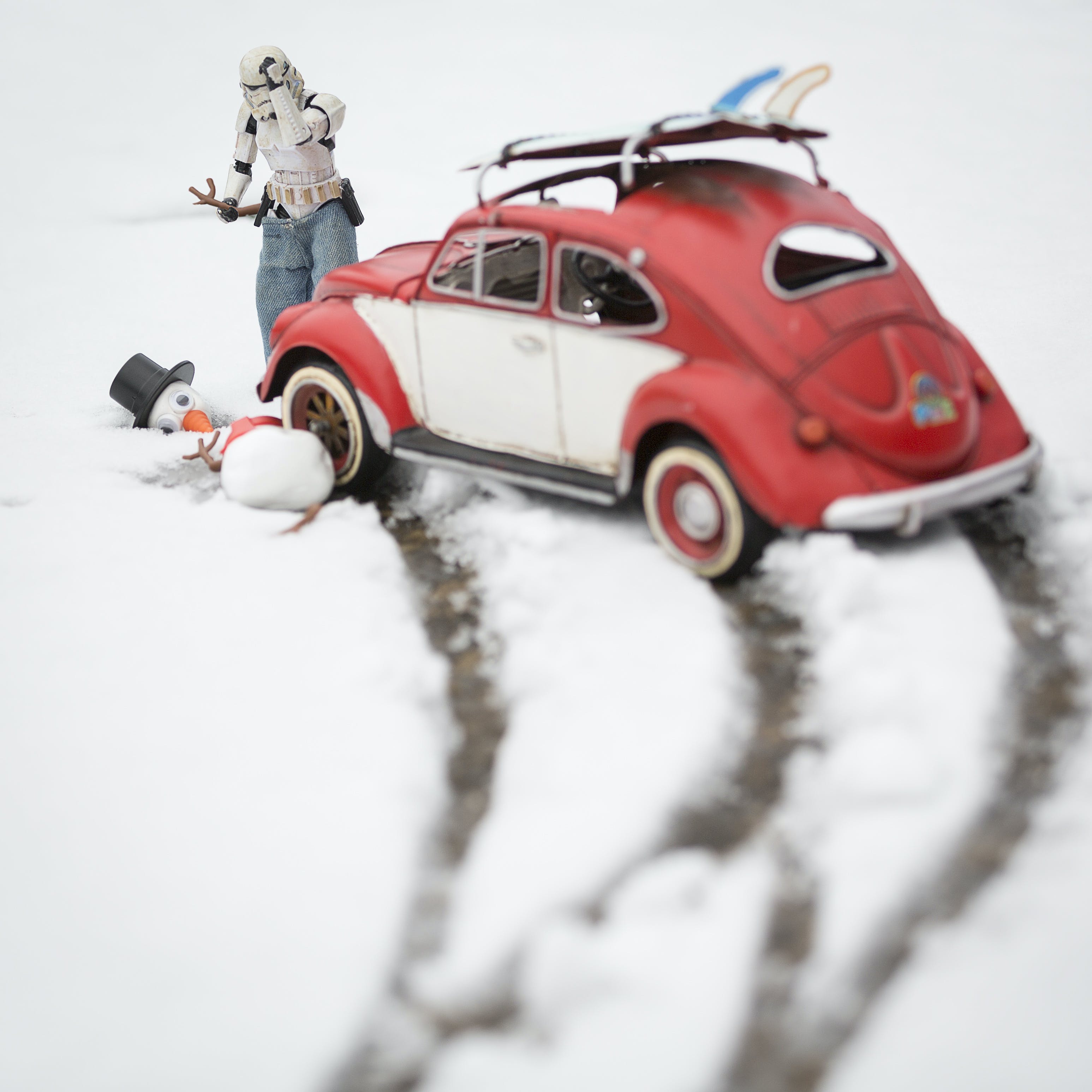 You can keep up with Eric’s adventures as well as see Jones’s paintings, sculptures, and work with other figures on Instagram.