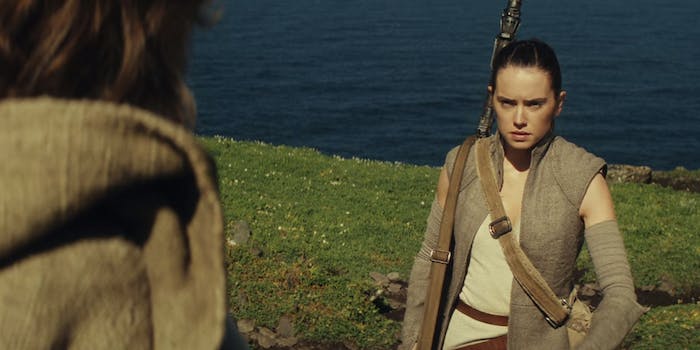 Thanks to this new 'Star Wars' video, December 2017 already feels like it's a million years away.

In a brief clip featuring Luke Skywalker and Rey, actors Mark Hamill and Daisy Ridley reshot the climactic scene of The Force Awakens for new director Rian Johnson, celebrating the first day of principal photography on the upcoming sequel.

Episode VIII won’t be out until December 2017, but apparently it’s already time to get excited about it.

There was no mention of Tatiana Maslany, Gina Rodriguez, or any of the other young actresses who were rumored to be shortlisted for an as-yet unidentified lead role.

It’s possible that that particular casting decision hasn’t yet been finalized, but fans will no doubt be wondering if Kelly Marie Tran managed to land the role instead—much like how Daisy Ridley came out of nowhere to become the new star of the franchise last year.