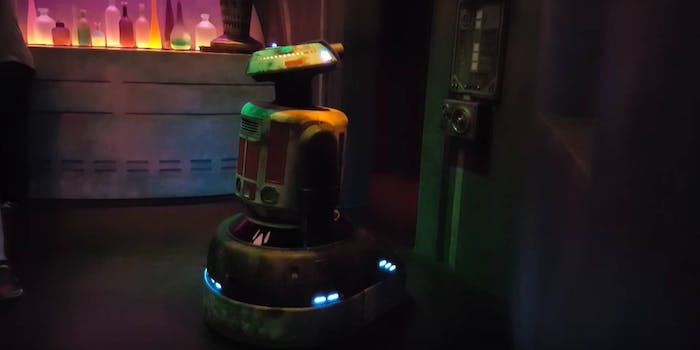 You might see these little guys roaming around and interacting with people.

Disneyland is quietly rolling out more and more of its vision to turn large sections of its park into a Star Wars playground.

The original Disney wonderland, celebrating its sixth decade as the “happiest place on earth,” recently began deploying interactive droids at the Star Wars Launch Bay in the Tomorrowland section of Disneyland.

The first video showing an unnamed droid, now known as “Jake,” hit YouTube on May 19.

According to the Disneyland visitors who filmed Jake taking in his surroundings, the droid has been taken out for a few test runs but has yet to become a permanent fixture at the Launch Bay. It’s unclear whether he’ll act as a cantina employee or more like a patron in awe of the Star Wars universe unfolding before him.