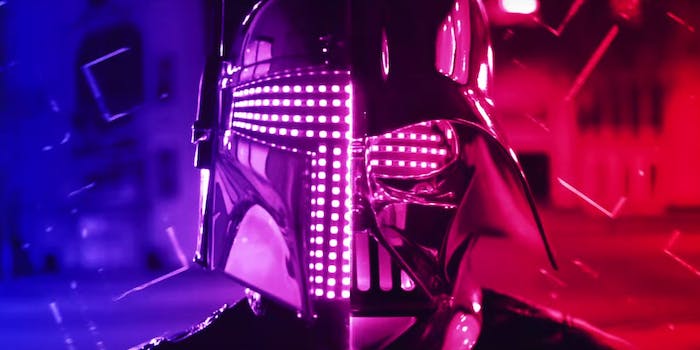 Darth Vader and Boba Fett are the perfect characters for a Daft Punk makeover.

The Dark Side has never looked so funky.