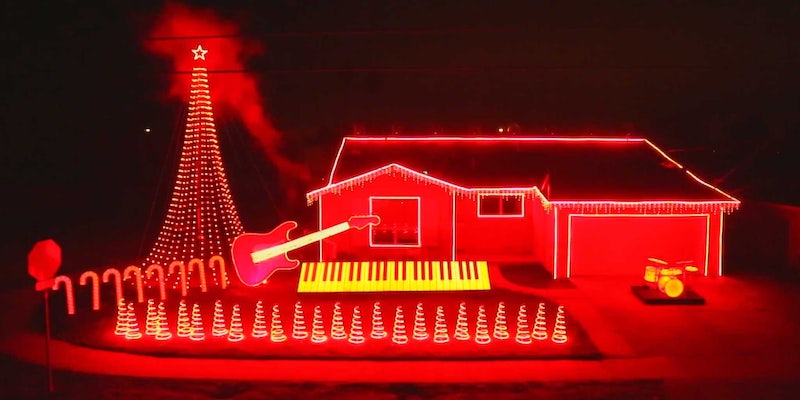 The Force is with this incredible ‘Star Wars’ Christmas light show

May the bulbs be with you.

After you’ve taken a tour of Skywalker Ranch in California and visited the Tunisian cities that stood in for Tatooine, schedule a trip to the corner of Ruschin Drive and Lafayette Avenue in Newark, Calif., to see Tom BetGeorge’s astonishing Star Wars Christmas light show.

BetGeorge didn’t just throw together a few synchronized lighting elements. He coordinated dazzling displays with around 100,000 lights strung across his house, a massive tree, a piano, and a giant guitar. Even better, he set the light show to John Williams’ universally renowned Star Wars music.

No matter what you think of the prequel trilogy, there’s no denying that “Duel of the Fates” and “Across the Stars” are powerful songs, but they’re especially impressive when paired with an exquisitely timed Christmas light show.

Did those tracks still not do anything for you? Try to avoid getting emotional when you see BetGeorge’s house come to radiant life to the tune of “Binary Sunset,” the classic theme from A New Hope.

BetGeorge, who works as a theater director at a conservatory (“hence the massive instruments!”), invited everyone to visit his house “most nights from 6-10pm.”

J.J. Abrams is a long way from planning the bonus features for the Star Wars: The Force Awakens Blu-ray set, but we suspect few Star Wars fans would complain if they found this video on the set as an Easter egg.