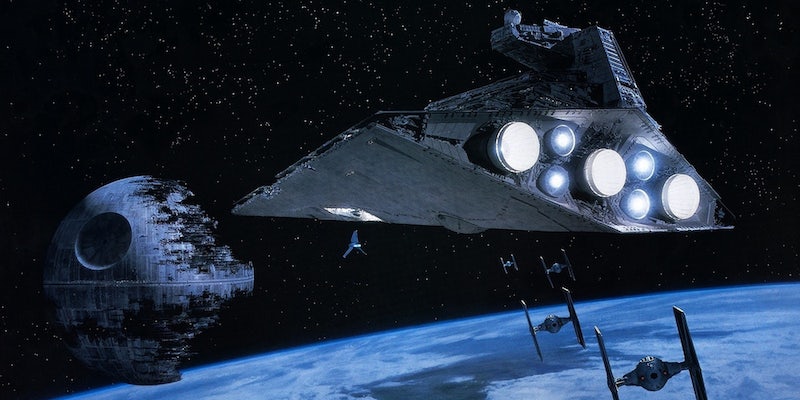 It will be our first glimpse at the galaxy after the death of the Emperor.

Star Wars fans are just six months away from learning the answer to a question they’ve had since 1983: What happens after the destruction of the second Death Star and the deaths of Darth Vader and the Emperor?

As part of Disney‘s push to use all available media to tell the story of Star Wars, this revelation won’t happen on the big screen. Instead, it’ll be in a book.

Lucasfilm on Tuesday revealed the cover, author, and description for Star Wars: Aftermath, the first canon novel to explore the galaxy after the momentous events in Return of the Jedi. 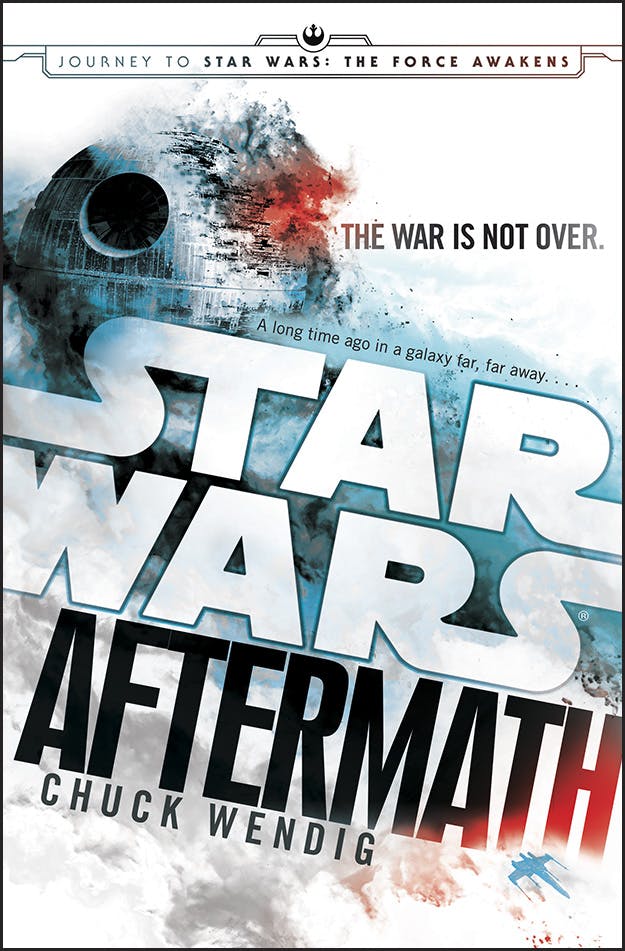 Chuck Wendig is writing Aftermath, the first book in a trilogy exploring the time period between Return of the Jedi and the first sequel, Star Wars: The Force Awakens, which will be released on Dec. 18.

Here, courtesy of Wendig’s blog, is the publisher’s synopsis for Aftermath, which will also serve as the book’s “opening crawl” in an homage to the Star Wars films’ iconic introductory technique.

Journey to The Force Awakens.

The second Death Star is destroyed. The Emperor and his powerful enforcer, Darth Vader, are rumored to be dead. The Galactic Empire is in chaos.

Across the galaxy, some systems celebrate, while in others Imperial factions tighten their grip. Optimism and fear reign side by side.

And while the Rebel Alliance engages the fractured forces of the Empire, a lone Rebel scout uncovers a secret Imperial meeting. . . .

In a series of events that only the Internet could facilitate, Wendig got the job after expressing interest in writing a Star Wars novel on Twitter.

@ChuckWendig @garywhitta This is very good information to have!

Aftermath will be released by Random House on Sept. 4, exactly a year after Wendig’s initial tweet. The book is part of a broader Lucasfilm publishing initiative called Journey to Star Wars: The Force Awakens, which will include 20 titles spanning comics, novels, reference books, and activity books. Aftermath is the only adult novel in the collection.

“To be involved with the Star Wars universe just as the new film is coming out — it feels like not only something akin to kismet, but a great and powerful privilege,” Wendig said in Lucasfilm’s announcement on StarWars.com.

Heddle said that Aftermath will feature “a sweeping new cast of characters along with a fan favorite from the films.” She also suggested that The Force Awakens would give new meaning to “certain names and places” in the book.