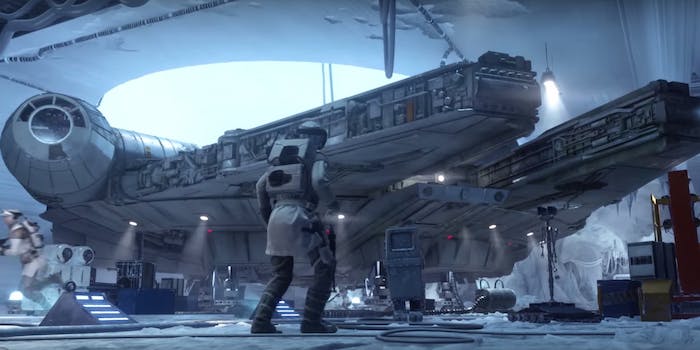 Three weeks until the release of the new battle against the Empire.

Are you ready to step into the shoes of your favorite heroes and villains in the most realistic Star Wars game we’ve seen yet?

The launch trailer for Star Wars Battlefront gives you some great looks at Luke Skywalker, Princess Leia, Han Solo, Darth Vader, and the Emperor, all of whom will be playable characters in Battlefront’s warzones. (Only temporarily, of course, and only if you pick up the appropriate power ups, but still. You get to be the Emperor. Unlimited power, and all that.)

The new trailer also gives us a nice look at the Endor level, something that was revealed in the first teasers for Battlefront but that we haven’t seen since as much as Hoth or Sullust. Looks like you’ll be fighting in some Ewok villages.

Star Wars Battlefront will be released for PC, PlayStation 4, and Xbox One on Nov. 17.