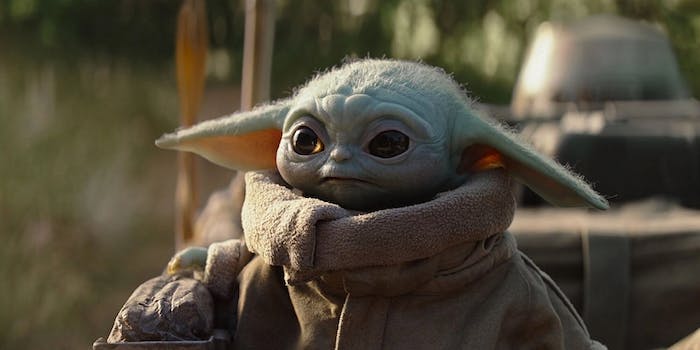 This is basically the ultimate 'Star Wars' game mod.

Twitter user @nanobuds posted a cute yet alarming video of Baby Yoda in action as a playable character, zooming around in his hover-cot and generally causing havoc. It’s like Grand Theft Auto starring a toddler, and we’re sure the Mandalorian would be proud.

The mod is a re-skinned version of Battlefront‘s BB-8 update, which makes sense because BB-8 and Baby Yoda are about the same size. BB-8 and his First Order counterpart BB-9E are surprisingly formidable characters in the game, thanks to their speedy moves and ability to dodge blaster fire. Obviously, this fanmade mod just acts the same as BB-8 (so, no Force powers), but we’re sure you’ll agree it’s totally adorable.

Considering the determination of the Battlefront modding community, we can’t wait to see what they come up with next. Along with Baby Yoda, the current roster includes mods where you can play as Kylo Ren disguised as Matt the Radar Technician from SNL, and, of course, the Mandalorian.