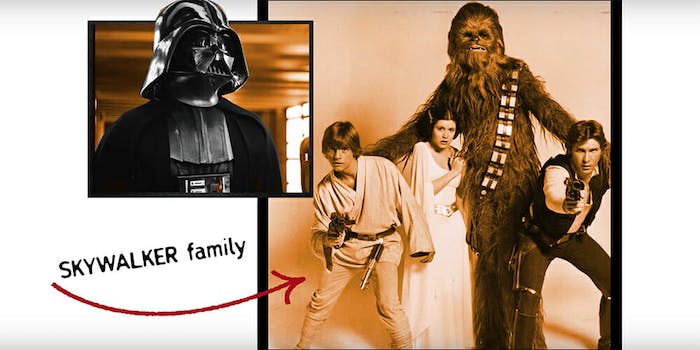 You may not have known that you needed to see Star Wars: A New Hope edited in the style of Arrested Development—but you do now.

Solo: A Star Wars Story director and seasoned Arrested Development narrator Ron Howard has a hilarious take on A New Hope in a video posted to YouTube on Wednesday. Howard boils the whole plot down to 3 minutes, complete with his signature quips.

The video is a perfect crossover, taking advantage of every time Han Solo says he knows what he’s doing (but doesn’t) and the iconic Darth Vader-Luke Skywalker fight (“and that’s why you always leave a note”).

The only question is, how do we get Howard to narrate every Star Wars film Arrested Development-style?