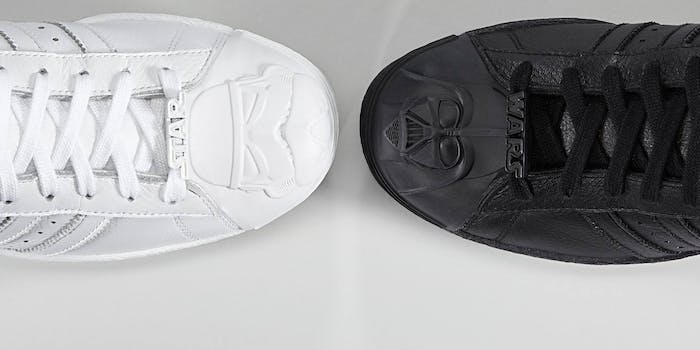 You can add everything from a C-3PO tongue label to a Darth Vader heel cage.

Star Wars: The Force Awakens may still be four months away, but it’s never too soon for Disney to start partnering with companies for limited-edition products. Adidas has released a range of Star Wars-inspired customizable shoes that will let the Force guide you in creating your own unique pair of footwear.

The mi Star Wars line includes Superstar 80s and ZX Flux sneakers for men, women, and kids. The shoes already come in Star Wars themes, so you don’t have to change them if that’s all you want. The C-3PO shoes in particular will definitely stand out as they are. 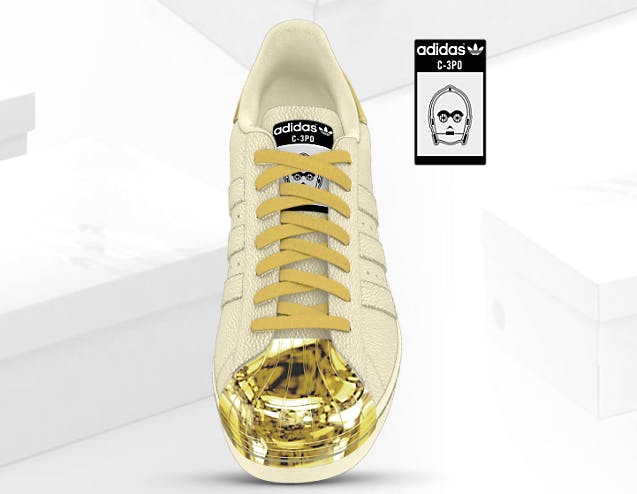 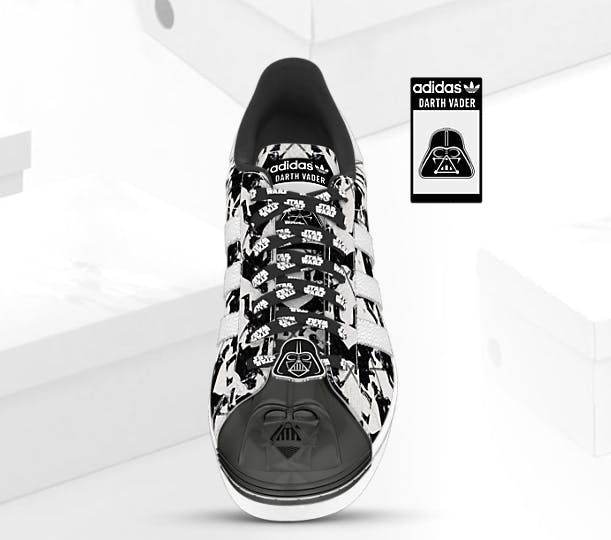 However, if you do want to make these shoes your own, Adidas offers an impressive number of options. You can change every aspect of these shoes, though certain special Star Wars options are only available for some styles. The base materials offered include various Darth Vader looks and a stormtrooper camo. The shell toe can be metallic gold, metallic silver, or metallic black, or it can feature Darth Vader or a stormtrooper. Your tongue label can say “Star Wars” or feature characters from the franchise like Boba Fett and R2-D2. The lace jewel can also say “Star Wars” or show a character.

Even the soles and the heel can be changed. The heel cage in particular offers some fun options from a variety of prints to likenesses of Darth Vader or a stormtrooper. 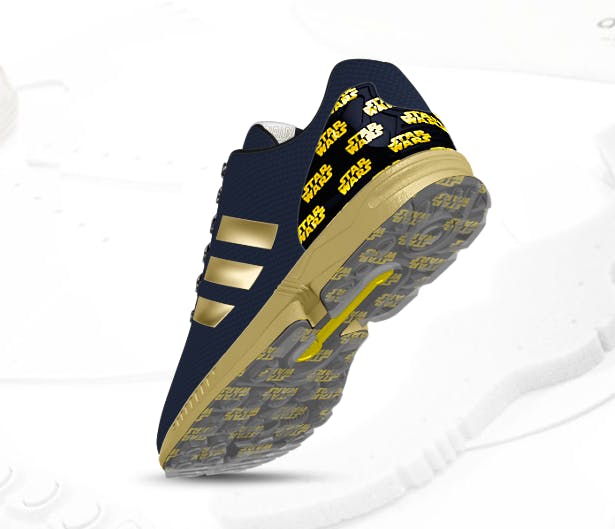 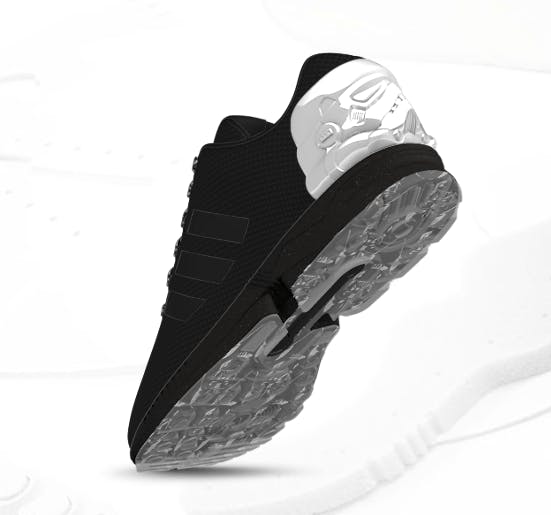 Given how expensive these shoes are, it’s a good thing Adidas offers so many ways to have fun with them. Kids’ shoes start at $60, while adult sizes begin at $100 for ZX Flux and $110 for Superstar 80s. The price increases the more you customize the sneaker.

Nevertheless, these limited-edition items are just the thing for anyone who wants to have the ultimate footwear for powering into a new era of Star Wars.