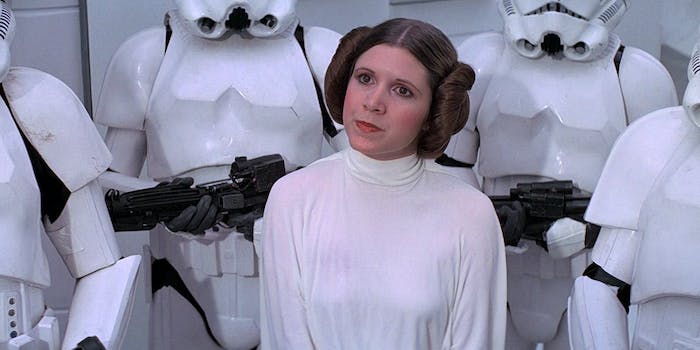 Lucasfilm offered to screen it for the people working on 'Rogue One.'

Newer versions of the original Star Wars trilogy have been divisive among fans for years—just look at the “who shot first” debate—but the prospect of a brand new edition has our interests piqued.

In an interview with Little White Lies, Rogue One director Gareth Edwards discussed his approach to directing and making a Star Wars film. At one point, while discussing his process of going back to the older films, particularly A New Hope (which Rogue One precedes), he revealed that Lucasfilm has a 4K restoration of the movie and offered to screen it for Edwards and the crew at the beginning of production.

And from the sounds of it, it was incredible.

On day one, we were in Lucasfilm in San Francisco with Industrial Light and Magic and John Knoll, our supervisor, he said that they’ve got a brand new 4K restoration print of A New Hope – it had literally just been finished. He suggested we sit and watch it. Obviously, I was up for that. … You can’t watch it without getting carried away. It’s really hard to get into an analytical filmmaker headspace with this film. It just turns you into a child.

Edwards doesn’t bring up the 4K restoration again in the interview and there’s no mention of a possible public release. As Slashfilm points out, it’s unclear which version of A New Hope was used for the 4K restoration, although Edwards later noted, in reference to how George Lucas couldn’t let go of Star Wars, that “the originals are masterpieces, so why do you need the special editions?” But what we do know is that a 4K restoration of A New Hope exists. And maybe one day we’ll see it—after all, fandom dreams are built on hope.