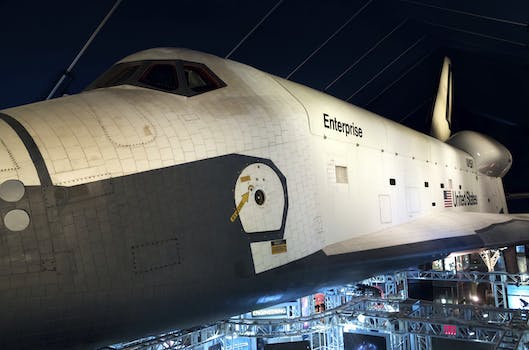 Beam me up, Scotty.

Boldly go where no patron’s gone before at New York City’s Intrepid Museum. In honor of Star Trek‘s 50th anniversary, the sea, air, and space museum is set to host a Starfleet career day camp, which is totally as awesome as it sounds.

Star Trek: The Starfleet Academy Experience spans an entire 10,000 square foot exhibit area, taking cadets from orientation to training to sorting—think determining whether you’re a Data or a Sulu. Nine specialty zones allow cadets an immersive experience that appears to encompass the entire Star Trek universe, from language learning to navigation and engineering.

Dates have been released for the Intrepid Museum portion of this roving exhibit. The Starfleet Academy Experience is set to run from July 8 to Oct. 31, following its debut residency at the Canada Aviation and Space Museum in Ottawa.

Those worried about the authenticity of a fictional world placed in a very real museum need not panic. The Starfleet Academy Experience is the real deal, bringing a fully functional tricoder to the table as well as phasers and teleporters, all brought to life via RFID, projection mapping, and other innovative techniques.

In addition to this futuristic career day celebration, the Intrepid Museum will also be hosting Star Trek-themed summer camps, sleepover nights, and a whole host of special events throughout the summer and fall.