The ship in ‘Star Trek: Discovery’ was likely inspired by vintage concept art

Fans who hoped for casting news may have been disappointed by SDCC‘s Star Trek panel, which focused on the 50-year history of the franchise. However, we did get one exciting teaser for the new TV series: a clip of its starship, the U.S.S. Discovery.

The upcoming series is titled Star Trek: Discovery, and the panel revealed a couple of interesting tidbits about how it compares to previous series: the first season will unfold “like a novel” instead of focusing on episodic storylines, and showrunner Bryan Fuller emphasized the importance of diversity and a progressive political message in the show.

As for the teaser clip, we’ve already gleaned some new information from its introduction of the new spaceship.

The most intriguing detail is the Discovery’s resemblance to some 1970s concept art by sci-fi icon Ralph McQuarrie, who was instrumental in designing the look of the original Star Wars trilogy. McQuarrie worked on a project called Star Trek: Planet of the Titans, which was meant to be the first Star Trek movie before being mothballed in 1977.

As you can see, the Discovery looks very similar to the ship in McQuarrie’s art, featuring a more angular shape than the traditional Enterprise: a triangular hull with small warp nacelles on either side, plus the usual saucer section at the front. 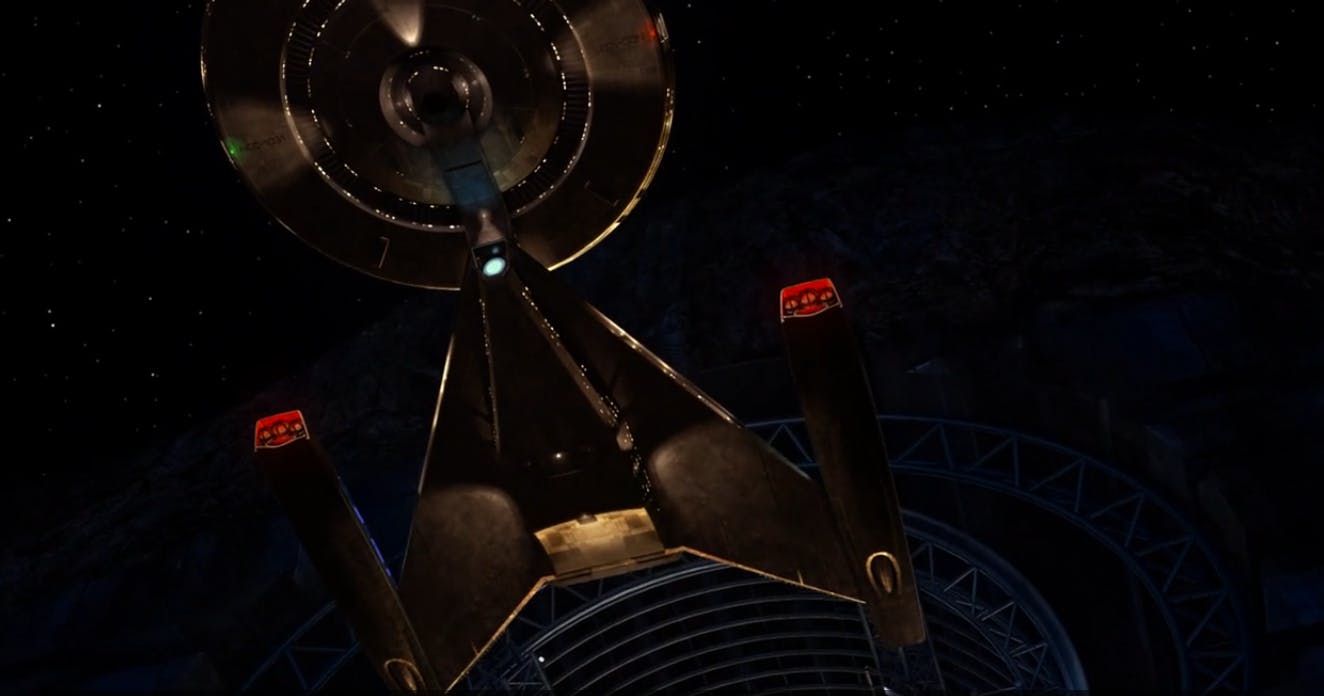 Described as the “test flight” of the U.S.S. Discovery, the new teaser shows the starship leaving some kind of asteroid base, which also shares some distinct similarities with vintage Ralph McQuarrie art. 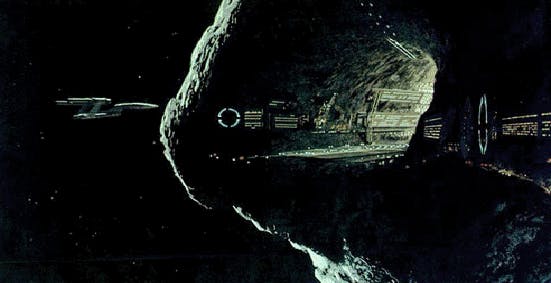 McQuarrie’s asteroid design was later used in an episode of Star Trek: Enterprise, for a location called the Tholian asteroid dock. It’s unclear whether Discovery‘s dock is the same location or just an homage, although Bryan Fuller’s obsessive attention to detail—and lifelong love of Star Trek—mean this certainly wasn’t a coincidence.

This seems to be a new class of starship for the Star Trek universe. It follows the same formula as other Starfleet exploration vessels (a round or oval “saucer” with a warp nacelle on either side), but it’s clearly not an Intrepid class ship like the Voyager, or a Galaxy class like the Enterprise, for example.

As for the serial number, NCC-1031, it doesn’t tell us much. Star Trek’s continuity is a little shaky on what those serial numbers actually mean, and while it could imply that the Discovery was built before the Enterprise (as in, it’s the 31st example of the tenth starship model, as opposed to the Enterprise’s NCC-1701 designation), Comic Con’s Star Trek panel didn’t confirm any further details. All we know is that Star Trek: Discovery takes place in the original “Prime” universe, and CBS will reveal its place in the timeline at a later date.