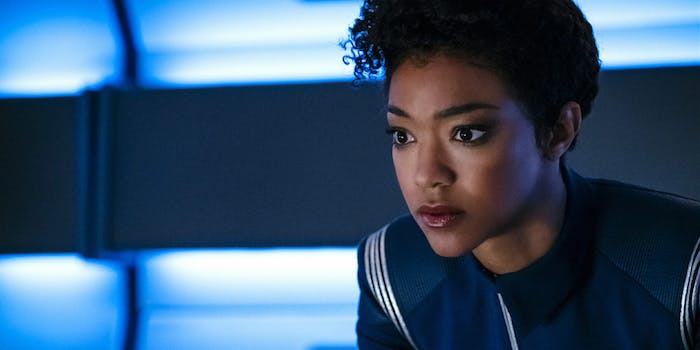 The renewal comes after the show led to record subscriptions for CBS's streaming service.

Star Trek: Discovery is setting a course straight for a second season on CBS All Access, CBS announced Monday.

The show debuted last month to praise from critics and record signups for CBS All Access, CBS’s fledging streaming service, although the reception of subsequent episodes have been more mixed. And while CBS has yet to provide numbers on how many subscription signups it’s garnered from Star Trek: Discovery or how many people are even watching it, the network is evidently pleased with what it’s seen.

“In just six episodes, Star Trek: Discovery has driven subscriber growth, critical acclaim and huge global fan interest for the first premium version of this great franchise,” CBS Interactive President and Chief Operating Officer Marc DeBevoise said in a statement. “This series has a remarkable creative team and cast who have demonstrated their ability to carry on the Star Trek legacy. We are extremely proud of what they’ve accomplished and are thrilled to be bringing fans a second season of this tremendous series.”

The first season of Star Trek: Discovery was split into two chapters, the first which will conclude with episode 8 on Sunday, Nov. 12. The six-episode second chapter will begin airing in January 2018. With some fans subscribing to CBS All Access solely for Star Trek it’s unclear how many of them will hold onto their subscriptions when new Discovery episodes aren’t appearing on the app.