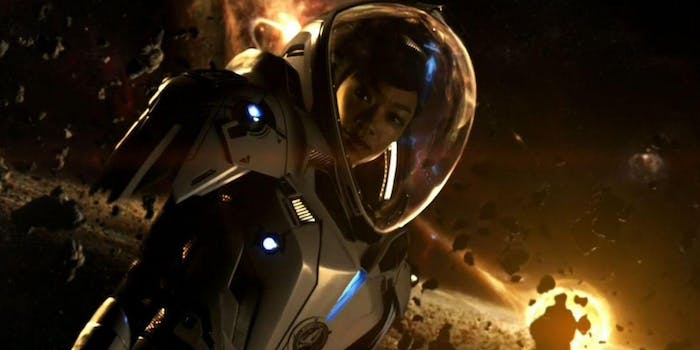 This video explains where ‘Star Trek: Discovery’ is in the ‘Star Trek’ timeline

What's the state of galactic politics during the time of 'Star Trek: Discovery'? This video explains.

Star Trek: Discovery‘s place in the Star Trek timeline was one of the first things we learned about the show. It’s set 10 years before the Original Series, but what does that actually mean in terms of galactic politics? What are the Romulans doing, and are the Cardassians on the scene yet?

This video from The Templin Institute shares some insight into Star Trek’s in-universe history. Some of it is obvious—for instance, we already know the Federation is embroiled in a cold war with the Klingons—but other details shed some interesting light on the show. For instance, could the Klingon religion (such as it is) play a major part in Discovery’s first season?

The conflict between Star Trek’s TV and movie timelines is a controversial topic in Trek fandom. Discovery‘s showrunners have confirmed repeatedly that the series takes place in the “Prime” timeline of Kirk and Picard, but this video ends with a contrasting (and potentially spoilery) theory about that. We’ll just have to check back once the show airs to see if they were right!