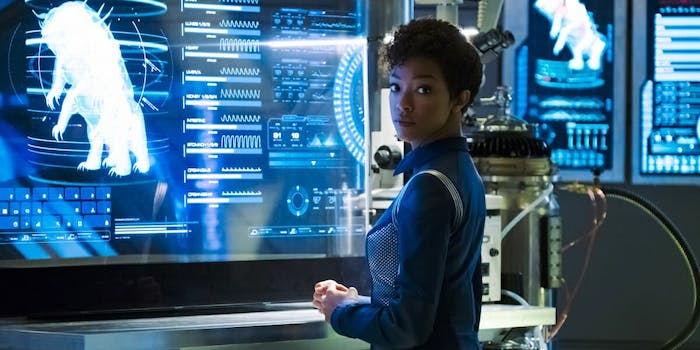 'Discovery' seems to be losing its way, with little warmth or trust between its lead characters.

After episode 4, I’m no longer sure that Discovery‘s heart is in the right place.

War and moral ambiguity are nothing new to Star Trek, but Discovery is unnecessarily cold and brutal. No one in the U.S.S. Discovery’s crew seems to like each other, and the show gives no screentime to the casual side of their lives. It forgets that no matter how grim the setting, life still goes on. What do these characters do for fun? What are their relationships? Why does Tilly and Burnham’s bedroom look like a featureless prison cell? Following the plot-heavy introduction of the first three episodes, we need more downtime to relax into these characters. 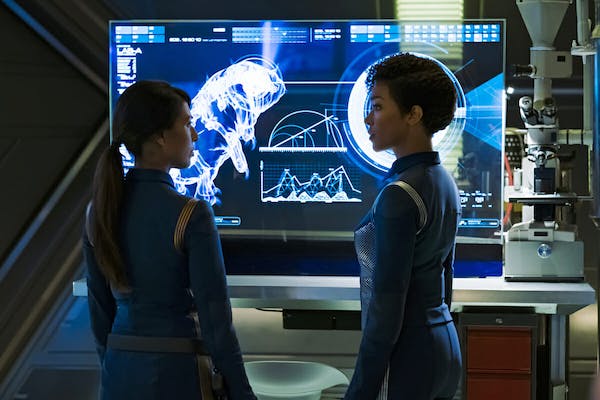 In the lead up to Discovery’s premiere, I often thought about the unspoken contract between fans and creators of a long-running franchise. People have certain expectations for something like Star Trek, but after 50 years, you can’t just repeat what came before. A new show must forge ahead, building fresh material around the heart of what makes Star Trek work.

Discovery made excellent choices with its casting, production values, and overall concept. It just doesn’t fill Star Trek’s cultural niche because it increasingly appears to be a show about miserable people being unpleasant. Even during the darkest periods of Deep Space 9 and Voyager, the main characters still shared the frivolity and warmth of day-to-day life. Discovery needs this. It needs to find an appropriate equivalent to The Next Generation’s poker games or Voyager’s silly holodeck adventures—not to replace its core story about the Klingon war, but to balance out the tension.

Instead of seeing Michael Burnham emerge from her loneliness and guilt, she’s sinking further into a pit of troubling moral decisions. This week, she received her first proper assignment from Captain Lorca. Her job was to experiment on the monster (“Ripper”) they captured on the U.S.S. Glenn, and figure out how to weaponize it. She quickly realized it was actually a herbivorous tardigrade with a symbiotic link to Stamets’ fungus spores, making it much more useful than a weapon. After plugging Ripper into the fungus-based stardrive, they were able to save a civilian base from Klingon attack. Then instead of setting Ripper free in the fungus forest, they locked it back inside Lorca’s creepy lab.

By dropping a cast of scientists into an unexpected war, Discovery created an interesting conflict for Starfleet’s core values. Characters like Burnham and Georgiou believe deeply in the Federation’s diplomatic ethos, while Lorca is a warrior. He transformed a scientific research vessel into a battleship, forcing his crew to obey ruthless orders that Kirk or Picard would never give. It’s a thoughtfully complex scenario, with one key problem: Our heroes fail to rebel. There’s no sense of moral unity against Lorca’s cruelty, and this episode supported his belief that ends justify the means. 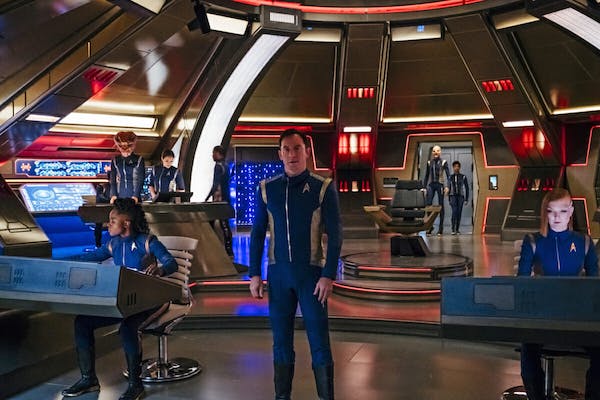 I suspect Burnham will free Ripper eventually, but this week she just watched it suffer in quiet sorrow. We don’t even see a full reaction from Saru, who must sympathize as a sensitive, herbivorous “prey” alien himself. He and Burnham are now in the distasteful position of “just following orders” from a bully. Even if they’re unwilling to disobey a direct order, they should at least voice their objections to Lorca’s methods—or work together to find a better way.

We actually see more friendship onboard the Klingon ship, where the outcast Voq has built a religion around his dead mentor, T’Kuvma. Set apart from the less idealistic Klingons, Voq bonded with his right-hand woman L’Rell (Mary Chieffo), hampered slightly by their rather immobile facial prosthetics. (I’m very much enjoying the poetic, formal speech patterns of the Klingon subtitles, but if their faces can’t move, the actors should probably introduce some more body language.)

Without sounding too much like a stuck record, it’s troubling to see Burnham be so isolated compared to her Klingon counterparts. While L’Rell abandoned her post to join Voq in exile, Burnham spent most of her time with the antagonistic Commander Landry. They represent a classic conflict between open-ended research (Burnham) and a desire for actionable results (Landry), with Landry dying a hubristic death at the claws of the tardigrade. It’s hard to see why she had to die at all. An injury would serve the same narrative purpose, and her death confirms an unfortunate trend. Three prominent characters have died so far—Georgiou, T’Kuvma, and Landry—and all were played by people of color.

Burnham sympathizes with the tardigrade, a lonely creature that was judged by a single violent action. Yet at the end of the episode, Burnham locks Ripper back in its cage. This lack of self-confidence makes sense, yet it’s also unsustainable in the long term. We need to see more moral certainty from Burnham and more warmth from her crewmates, and it needs to happen fast. I’d be more forgiving if it was a 20-episode season, but we only have four to go before the mid-season hiatus.

Somewhere between the action scenes and ethical dilemmas, Discovery needs to explore the everyday relationships and trivialities of shipboard life. That isn’t wasted time; it’s an essential element of building the show’s world. What do we love about previous Star Trek heroes? Not the specifics of their battlefield decisions, but their hobbies and relationships: Kirk and Spock’s powerfully emotional farewell in The Wrath of Khan; Sisko’s fatherhood and his obsession with baseball; Data’s pet cat.

Characters are not wholly defined by life-changing events. We also need to know things like Burnham’s favorite food, or Tilly’s crush, or whether there’s a jock/nerd divide between Discovery’s researchers and security crew. The showrunners don’t have to go full sitcom like the Original Series, but we need a reason to care about these characters.