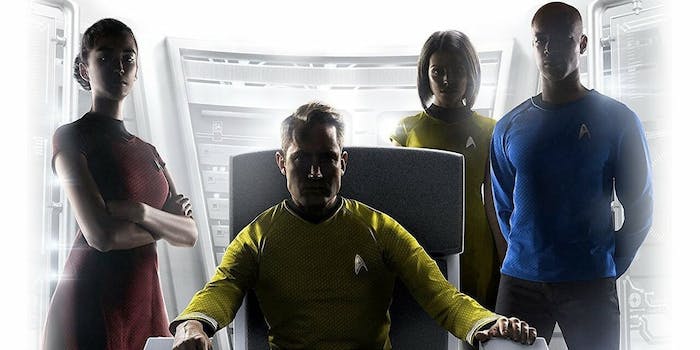 The latest update makes the game open to everyone.

Video game publisher Ubisoft made many Trekkies’ dreams come true when it released Star Trek: Bridge Crew earlier this year. The game, available on PC and PlayStation 4, puts players on the bridge of a Starfleet ship and has them work together to solve problems in outer space. The only drawback for many fans was that playing it required a pricy VR headset, like PlayStation VR, HTC Vive, or Oculus Rift. But thanks to the game’s most recent update, that’s no longer the case.

The new update lets you play the game on a TV or monitor. So instead of using motion controllers to flip switches and press buttons in the game, non-VR players will use a traditional controller or a mouse-and-keyboard setup.

In addition to making the game playable outside of VR, the update allows VR and non-VR players to play together. It even lets players team up across platforms. That means some crew members may be playing on their computers while others are playing on PlayStation 4s.

Why the big change? In part, to keep the online servers active. A multiplayer-focused game like Star Trek: Bridge Crew lives and dies by how many people are online playing at any given time. If a limited number of people are playing, it can take a while for a gaming session to fill up. That leads people to stop trying to play, which only makes the wait times longer for active players. Opening Star Trek: Bridge Crew to non-VR players and adding cross-platform play seems like a perfect way to keep the game going for months or years to come.

On the downside, many reviewers seemed to think the game worked better using motion controls rather than the other input methods. Since motion controls are limited to VR players, the non-VR crowd may find the game more clunky.

Still, if more Trekkies can play this well-received Star Trek game, I’d say the update is a success.