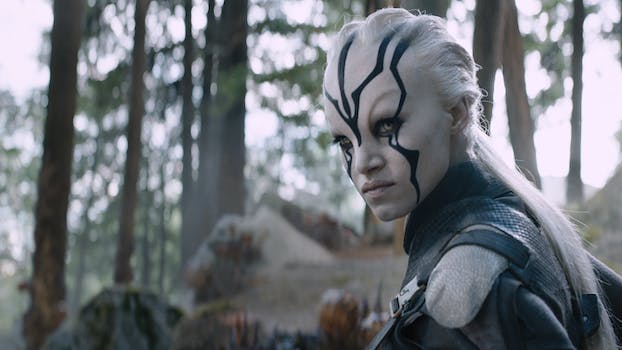 Photo via Star Trek Beyond

Jaylah was the best new 'Star Trek' character in years, so we're glad to see her appear in the comics.

Star Trek movies have a long history of adding new characters to the Enterprise crew, with varied results. Star Trek Beyond‘s Jaylah was one of the successful ones, and we finally get to see more of her in this week’s issue of Star Trek: Boldly Go.

For those who aren’t assiduously following Star Trek‘s comic book spinoffs, Boldly Go is one of IDW’s tie-ins with the rebooted movie universe. Issue #5 delves into Jaylah’s backstory before she met the Enterprise crew in Star Trek Beyond, giving some insight into her upbringing and how she gained those impressive engineering skills.

Played by Sofia Boutella, Jaylah was the breakout star of Star Trek Beyond. She inspired in a flood of fanfic and art when the movie came out last summer, and we’re sure fans will be glad to see more of her backstory—and a reminder that she was accepted into Starfleet Academy, paving the way for more appearances in future.

IDW’s comics aren’t as closely linked to the movie canon as Marvel‘s Star Wars tie-ins, so we can’t take this as confirmation that she’ll rejoin the crew in the next Star Trek movie. But judging by the fan response to her role in Beyond, she’d certainly be welcome.